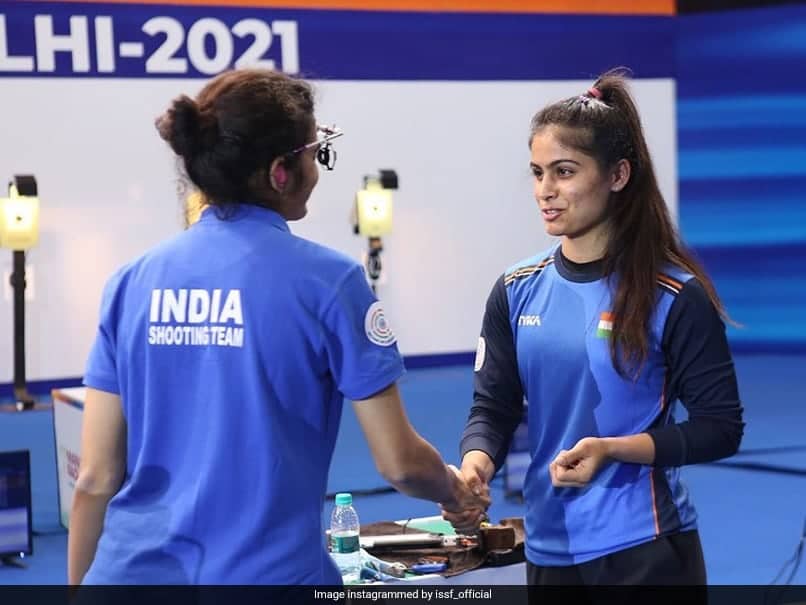 The Indian troika of Manu Bhaker, Yashaswini Singh Deswal and Rahi Sarnobat claimed the bronze medal in the 10m air pistol women’s team event of the ISSF Shooting World Cup in Osijek, Croatia on Friday. They defeated the Hungarian team of Veronika Major, Miriam Jako and Sara Rahel Fabian 16-12 in the bronze medal match. The three Indians had qualified third with a score of 573. Earlier, in the 10m air rifle events, the men’s trio of Aishwary Pratap Singh Tomar, Deepak Kumar and Divyansh Singh Panwar lost the bronze medal match, while the women shooters failed to get past the qualifying round.

Tomar, Kumar and Panwar lost 14-16 to the Serbian team of Milenko Sebic, Milutin Stefanovic and Lazar Kovacevic in the third-place match.

The women’s 10m air rifle team of Anjum Moudgil, Apurvi Chandela and Elavenil Valarivan continued to disappoint, finishing 11th in the qualification round with a total of 1867.7.

The three shooters had also failed to reach the final of the women’s 10m air rifle event on Thursday.

India was off to a modest start at the world event as several shooters failed to make it to the finals of their events on Thursday.

Saurabh Chaudhary was the lone Indian medallist on the opening day. The 19-year-old picked a bronze medal in men’s 10m air pistol event.

The event is Indian shooting team’s final competitive outing before the Tokyo Olympics.