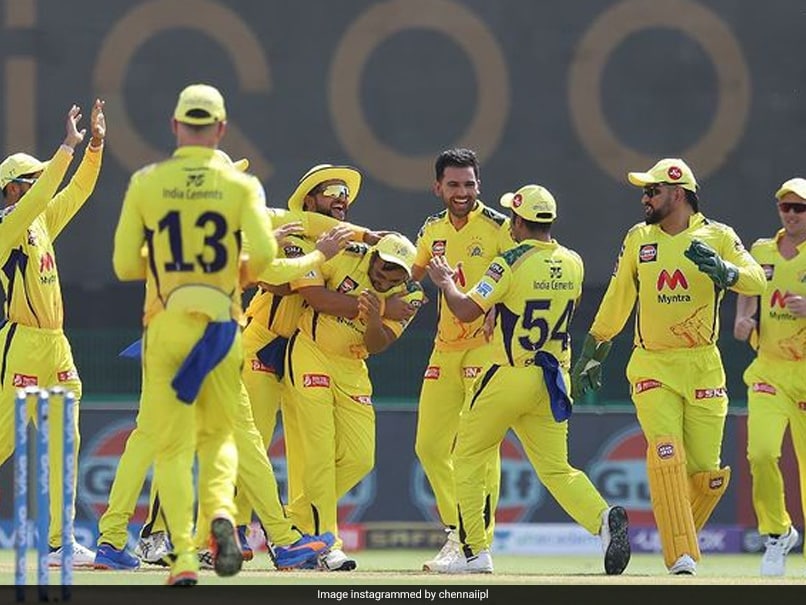 Chennai Super Kings (CSK) will be aiming to build on their fine form against SunRisers Hyderabad (SRH) in Match 44 of the ongoing Indian Premier League (IPL) 2021 on Thursday, at the Sharjah Cricket Stadium. The MS Dhoni-led side are currently on top of the IPL 2021 Points Table, with eight wins and two defeats. Meanwhile, SRH are bottom of the table with two wins and eight defeats. MS Dhoni’s team could become the first team to qualify for the play-offs if they win the match against SRH. The last time CSK and SRH met was in Match 23 of IPL 2021. Chennai won by seven wickets with Ruturaj Gaikwad smashing 75 off 44 balls during the chase.

Here are the players who are likely to feature for CSK against SRH:

Ruturaj Gaikwad:A mainstay in CSK’s batting order this season, Ruturaj Gaikwad has scored 362 runs in 10 games IN ipl 2021 and will be crucial to adding runs to the scoreboard vs SRH.

Faf du Plessis: The South African veteran is currently fourth in the Orange Cap race with 394 runs from 10 matches. Faf du Plessis’ experience has helped his opening partner Gaikwad and his big-hitting skills have been on full display this year.

Moeen Ali: The England all-rounder smashed 32 off 28 balls during the chase against KKR in Match 38, which CSK won by two wickets. He is expected to retain his place in the playing XI.

Ambati Rayudu: Ambati Rayudu hasn’t been in the best of form this season but has kept his place in CSK’s playing XI. He has scored 178 runs in 10 games, with a highest score of 72*.

Suresh Raina: The 2011 World Cup winner is a crucial cog and is among Dhoni’s most trusted players. Despite a paltry return of 155 runs in 10 games, Suresh Raina’s experience is an important factor for his side.

MS Dhoni: The CSK skipper hasn’t really been able to perform with the bat but his leadership and understanding of the game has been the number one factor for his side’s good run.

Ravindra Jadeja: One of the finest all-rounders in the world currently, Ravindra Jadeja smashed 22 off 8 balls during CSK’s recent win against KKR. He was also adjudged Player of the Match for match-changing cameo. He also took a wicket and conceded 21 runs in four overs.

Dwayne Bravo:The all-rounder has been in good form in UAE, taking nine wickets from six games. Dwayne Bravo’s experience could also come handy in the death overs. Bravo didn’t feature in the win against KKR and is expected to be back in the playing XI.

Sam Curran: The England cricketer has taken nine wickets in eight games this season and is expected to feature against SRH on Thursday. His batting skills have not been needed much but he is a destructive lower order batter who adds the X-factor to this line-up.

Shardul Thakur: Shardul Thakur has registered 10 dismissals in 10 games and will also be aiming to contribute with the bat in the coming matches for CSK.

Deepak Chahar: Deepak Chahar has been a revelation for CSK this season, taking 11 wickets from 10 games.