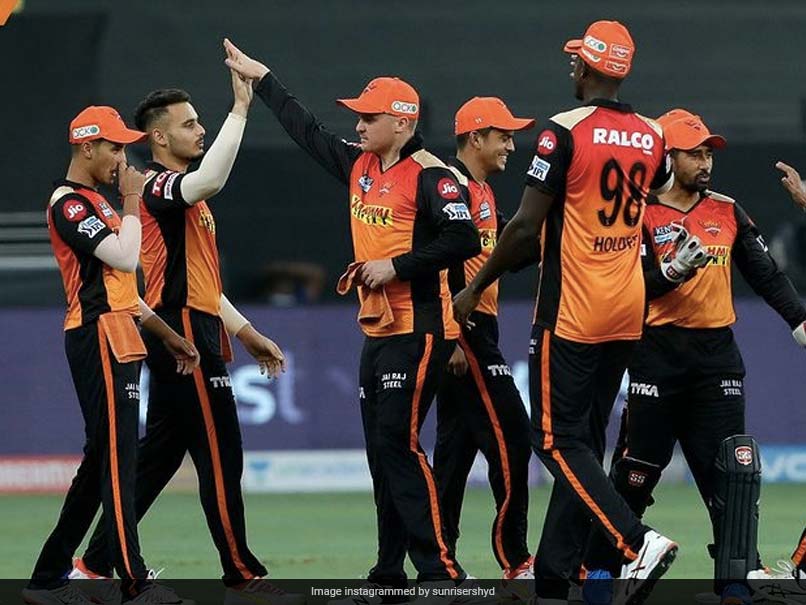 Kane Williamson-led SunRisers Hyderabad (SRH) will face MS Dhoni-led Chennai Super Kings (CSK) in an Indian Premier League (IPL) 2021 fixture at Sharjah Cricket Stadium in Sharjah on Thursday. Hyderabad are coming after a win in their previous match against Rajasthan Royals by seven wickets where they made a lot of changes to their playing XI as they dropped their former skipper David Warner, middle-order batsmen Manish Pandey and Kedar Jadhav and fast bowler Khaleel Ahmed. They are likely to go ahead with this same line-up against Chennai as well. However, Priyam Garg, who played the last match in place of Manish Pandey got out on a duck. SRH have an option of bringing in left-handed batsman Virat Singh, who plays for Jharkhand in domestic cricket in the middle-order.

Here are the players who are likely to feature for SRH against CSK:

Jason Roy:The explosive English opener made his debut for SRH in the previous game vs Rajasthan Royals when he got to play in place of former skipper David Warner. He scored a quickfire 60 runs to give his team a good start in the powerplay overs.

Wriddhiman Saha: The wicket-keeper batsman didn’t have a good season till now as he scored just 75 runs in the five matches that he played this season. Saha will look to turn the fortunes around for him and his team against Chennai Super Kings.

Kane Williamson: The skipper led from the front and looked in a good form with his unbeaten 51-run knock vs Rajasthan Royals in their last fixture.

Priyam Garg/Virat Singh:Priyam Garg failed to do much in the previous match vs Rajasthan as he got out on a duck but the team management could look to give him a few more chances. Otherwise, they could also try left-handed batsman Virat Singh in the middle-order.

Abhishek Sharma: The 21-year-old all-rounder has already impressed many with his abilities. He played an important role with the bat along with skipper Kane Williamson in the last match where he ended up scoring a quickfire 21 runs and remained not out.

Abdul Samad: The 19-year-old all-rounder from Jammu and Kashmir hasn’t had a great season but the team has backed him as a finisher till now. He batted lower down the order with a 130 plus strike rate in the seven matches this season.

Jason Holder: Holder’s all-around show played a vital role in the SRH campaign this year. He got three wickets and scored 47 runs with over 160 plus strike rate vs Punjab Kings but failed to take his side past the finishing line. Holder provided regular wickets to SRH that made his case stronger to feature in the XI instead of spin all-rounder Mohammad Nabi.

Rashid Khan: Rashid Khan will lead the SRH spin attack once again and he has taken 13 wickets this season with an economy rate of 6.15. His four overs in the middle will be crucial for SRH.

Siddarth Kaul: Siddarth Kaul will look to continue his form from the last match where he got two wickets at crucial times vs Rajasthan Royals.

Sandeep Sharma:Sandeep Sharma didn’t get many wickets this season but he remained an economical bowler for SRH in the powerplay overs and he is likely to share the new ball with Bhuvneshwar Kumar.