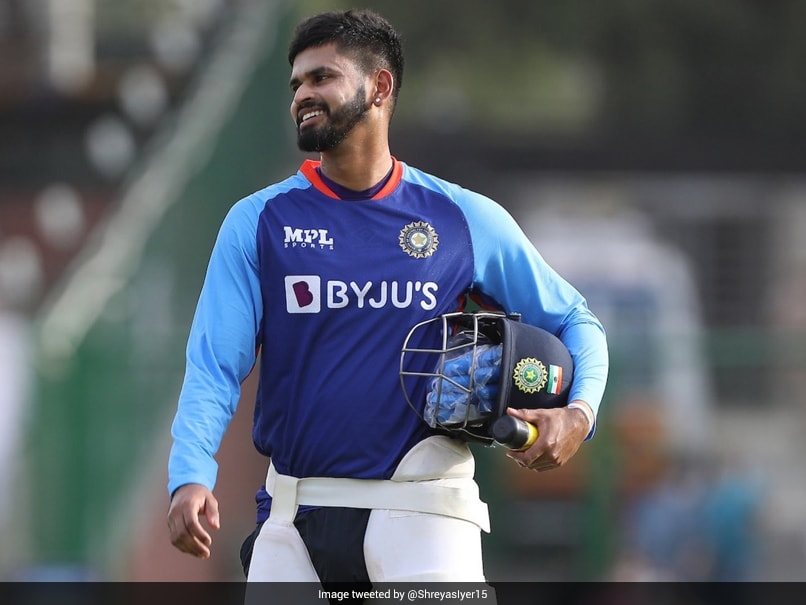 Indian cricketers have time and again shown their love for the game of football. Be it former player Yuvraj Singh or the current ones like Rohit Sharma and Virat Kohli, the stars of the game have openly expressed their love for the sport. Kohli has even stated that he takes a lot of inspiration from Manchester United star striker Cristiano Ronaldo. The latest Indian cricketer on the list of the admirers of the football great is Shreyas Iyer. He has picked the Portugal forward as his favourite sportsperson of all time.

Iyer revealed his choice during an interaction with his Indian Premier League (IPL) franchise Kolkata Knight Riders. The two-time IPL champions posted the video of the question-and-answer round on their YouTube channel on June 17.

Iyer is currently playing with the Indian team in the five-match T20I series against South Africa. As the series is levelled 1-1, both the nations will be playing the deciding T20I match on Sunday night at the M Chinnaswamy Stadium, Bengaluru.

Talking about Iyer’s performance in the series, the 27-year-old is going through a poor batting form. He has scored 94 runs across four matches at an average of 23.50 and a strike rate of 125.33. He got some good starts in the series but failed to convert them into big scores, with his highest score being 40.

The Rishabh Pant-led Team India seek their first T20I series win over South Africa on home soil. Notably, India have not tinkered with their playing XI in the series so far, while injuries to players have forced the South African team to make changes in their playing XI.