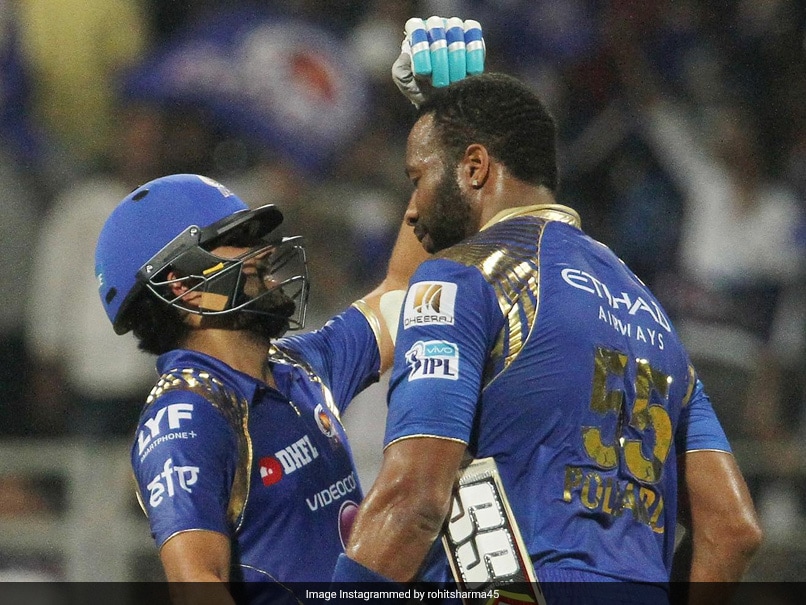 The announcement of Kieron Pollard‘s retirement from the Indian Premier League left the entire cricket fraternity shocked. The former West Indies skipper, who played a major role in Mumbai Indians’ success in the cash-rich league, decided to bid adieu to IPL as a player on Tuesday. The all-rounder will now be taking up the role of the batting coach for the franchise, beginning from the 2023 season. Pollard joined the Mumbai team in 2010, and proved to be a major asset for the franchise with his fiery all-round performances. Hearing the news of his retirement, Mumbai skipper Rohit Sharma posted a heartfelt note for Pollard.

Taking to Instagram, Rohit posted a picture with Pollard and captioned it, “Big man, big impact and always played with heart. A true MI legend @kieron.pollard55.”

Apart from him, legendary India batter and Mumbai Indians mentor Sachin Tendulkar also wrote on Twitter, “At @mipaltan there is never a goodbye, Polly. Congratulations on becoming the new batting coach for the MI franchise. Your presence will be a big influence for all the boys in the dugout.”

At @mipaltan there is never a goodbye, Polly.

Congratulations on becoming the new batting coach for the MI franchise.

Your presence will be a big influence for all the boys in the dugout. https://t.co/mpxWr4csrD

Earlier, India pacer Jasprit Bumrah posted a heartfelt note on the occasion, reminiscing his days spent with the Caribbean all-rounder.

Taking to Instagram, Bumrah wrote, “It’ll take some used to you not being on the field out there with us, but I’ll still enjoy our banter in the nets. Congratulations on an incredible career Polly and all the best for your new innings.”

The news of Pollard’s retirement came just hours before the IPL franchises were to announce their ‘released and retention’ players list for the 2023 edition of the tournament.

Pollard was roped in by Mumbai Indians in 2010 and has since not featured for any other franchise, spending 13 glittering seasons with Mumbai. He had retired from his international career in April this year.