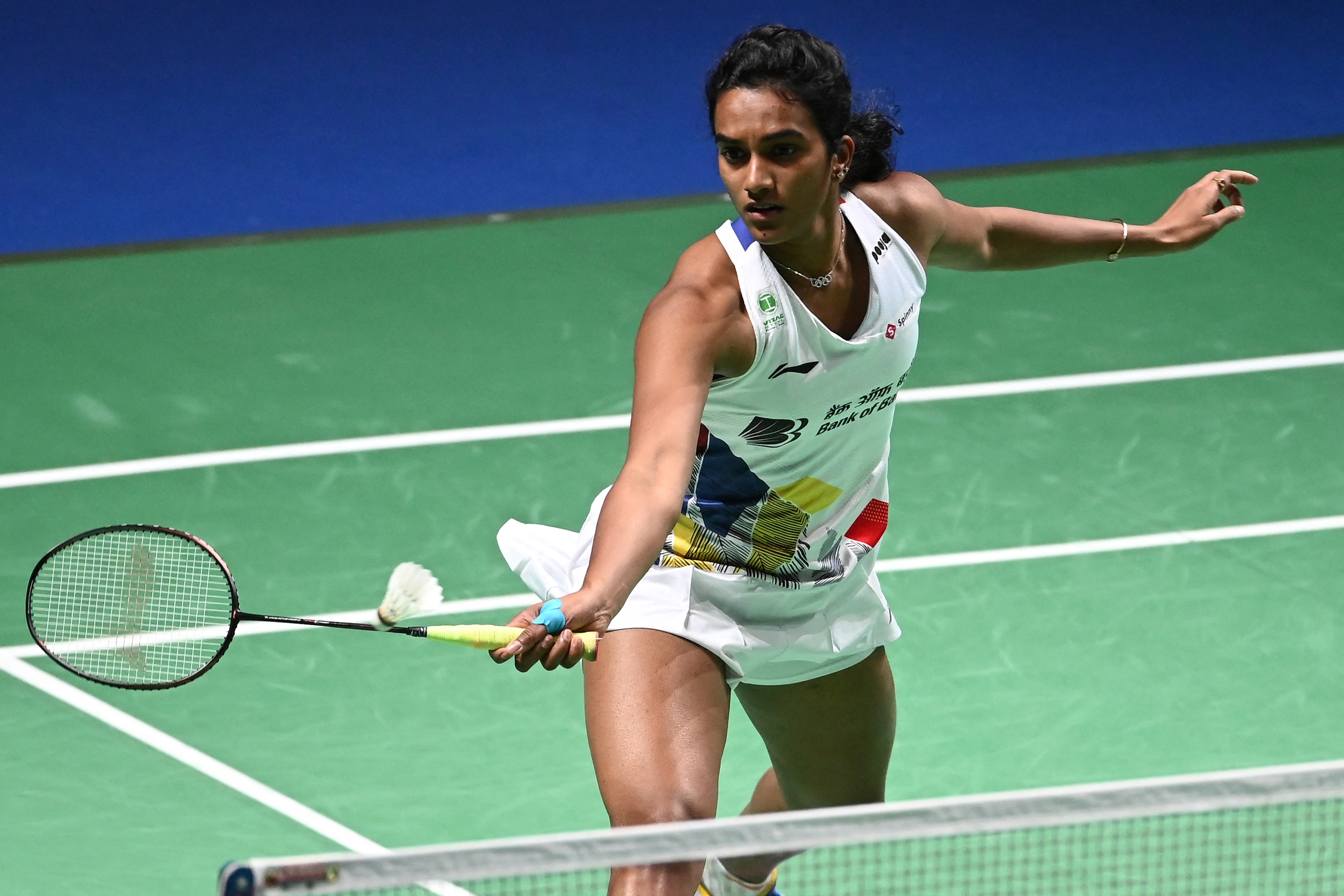 Double Olympic medallist PV Sindhu fought hard before losing to Ratchanok Intanon in the opening match as the Indian women’s badminton team suffered a 0-3 thrashing at the hands of Thailand in the quarterfinals of the Uber Cup Final here on Thursday. World No. 7 Sindhu was off colour for the second consecutive day as she squandered a game lead to go down 21-18 17-21 12-21 against Intanon, ranked eighth, in a 59-minute first women’s singles match.

India slumped to 0-2 down when the women’s doubles pair of Shruti Mishra and Simran Singhi lost 16-21 13-21 against the Thai pair of Jongkolphan Kititharakul and Rawinda Prajongjai.

It was no better for Aakarshi Kashyap, who surrendered 16-21 11-21 to Pornpawee Chochuwong in the second singles match that lasted 42 minutes.

As Thailand took an unassailable 3-0 lead, the remaining two matches of the tie became redundant and was not played.

Earlier on Wednesday, Sindhu lost in straight games 15-21 14-21 against world number four An Seyoung in India’s final Group D match, where it was blanked 0-5 by Korea.

But the loss hardly made any difference as India, by then, had already sealed a quarterfinal berth after ensuring a top-two finish in the group after back-to-back victories over Canada and USA.

The Indian men’s team will play Malaysia in the quarterfinals of the Thomas Cup Final later in the day.