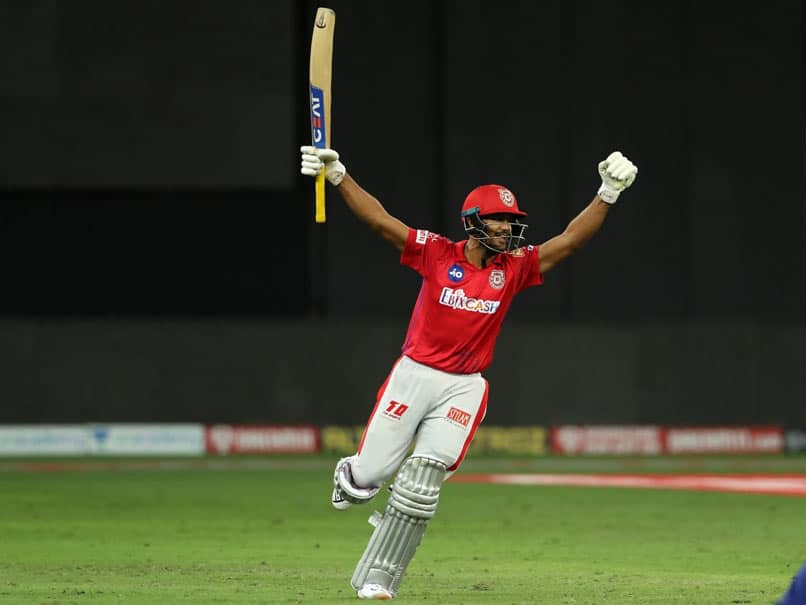 IPL 2020, MI vs KXIP: Mayank Agarwal hit the winning runs as KXIP beat MI in the second Super Over.© BCCI/IPL

Kings XI Punjab’s (KXIP) Mayank Agarwal said his team’s clash against Mumbai Indians will go down in history as the match that witnessed two Super Overs. KXIP defeated Mumbai Indians after the end of two back-to-back Super Overs at the Dubai International Stadium on Sunday. Agarwal is delighted that his side finished on the winning side of the encounter. “I think there are so many emotions running through our heads. It’s unbelievable. I think this game has to go down in history. I think for the first time we have played a Super Over followed by a Super Over. We are happy that we are on the good side of it,” Agarwal said in a video posted on KXIP’s Twitter handle.

The 20-overs-a-side match between the two teams ended in a tie as both sides scored 176 runs.

In the Super Over, Jasprit Bumrah conceded just five runs and Mumbai Indians looked set for a comfortable victory.

However, Mohammad Shami turned the tide by conceding just five runs against Rohit Sharma and Quinton De Kock, and as a result, the match went into another Super Over.

In the second Super Over, Chris Jordan turned out to bowl for KXIP and he conceded 11 runs. In the end, Agarwal and Chris Gayle got the job done for the KL Rahul-led side.

Revealing the mindset the team had going into the second Super Over, Agarwal said: “The only thing in our head was whatever they score, we got to chase it.

“I spoke to Chris Gayle and we decided we are just going to go and when he got a six off the first ball it was pressure off us and pressure on them and we were just looking to still hit the ball and watch the ball and execute the plans and it did work for us.”