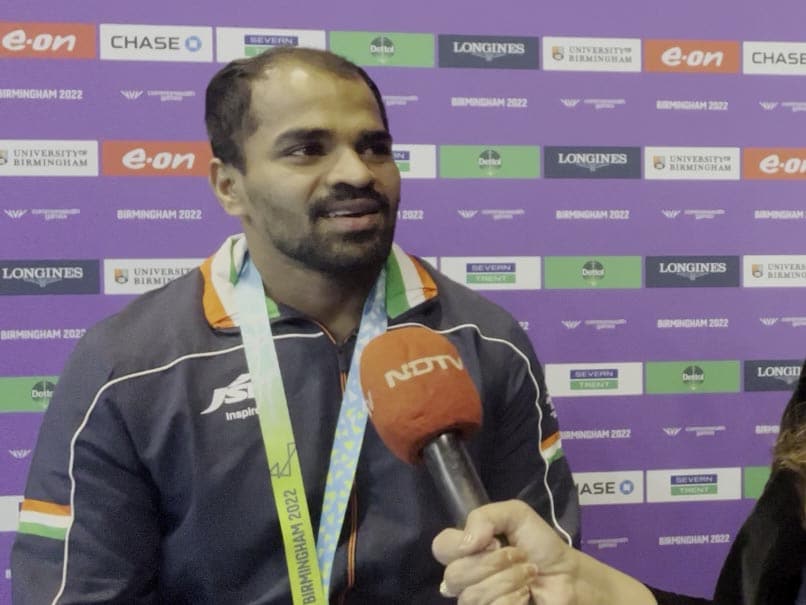 Weightlifter Gururaja Poojary won bronze in the men’s 61kg category on Saturday. Speaking to NDTV, the 29-year-old revealed that he was under pressure going into his final lift, but motivated himself by telling himself that he had to do well to win a medal for India. Gururaja lifted a total of 269kg, just 1 kg more than Canada’s Youri Simard, who gave him a run for his money. “I was under pressure after lifting 148kg, as he had a 1kg lead. ‘151kg will get a medal, otherwise I won’t win a medal for the country’ — I had to think like this and put it in my head that if I have to do anything, I’ll have to lift this and show the world,” Gururaja told NDTV.

He revealed that over the last four years, he had changed his weight category from 56kg to 61kg and also explained the reasoning behind his decision.

He also spoke about how his coach motivated him before his final lift.

“In the last lift, even my coach motivated me very well. He told me if I lift well, I can win a medal for India and that it can change my life. That is how he motivated me and sent me for my final lift, and I performed on the stage,” he said.

“This is what I had thought while coming here. For a year I stayed away from home, trained so hard. Reached here after so much pain. So I had to go back with a medal,” Gururaja added.

He also thanked his wife and said she has been highly supportive of him.

“I would like to thank my wife because she has been very supportive. I got married in May and rejoined the camp in June. She was upset at the beginning, but I had told her that I had to participate in this competition. And I had told her that if I come home, it will be with a medal,” Gururaja said.

“I am very happy that she has supported me so much.”