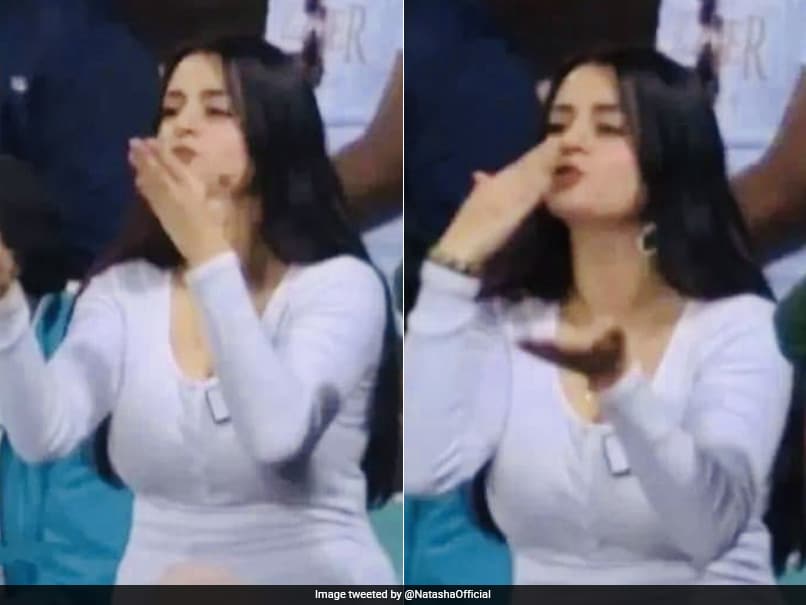 Ahead of India’s T20 match against England at the World Cup, the ‘flying kiss’ girl who went viral during Pakistan’s match against New Zealand on Wednesday, is again gaining internet’s attention due to her message for India. The girl named Natasha was seen sending flying kisses to Pakistani cricketers on the ground during the match yesterday. Her photo in white t-shirt with small Pakistani flag pinned to it became an instant hit on the internet. She was seen dancing and thoroughly enjoying the match with her friends in Sydney.

Natasha was also seen praying for Pakistan during the semi-final match.

In a message posted on her Twitter account, the Pakistani girl settled in Australia said she would like to see India and Pakistan in the T20 World Cup final “because we want to crush India”.

She also said that bowler Naseem Shah is her favourite in the Pakistani cricket team.

Pakistan has advanced to the final after the win against New Zealand. They last claimed the title in 2009 at Lord’s in England after beating Sri Lanka by eight wickets.

Victory over the Asian rivals duly followed and Babar Azam‘s team entered the semi-finals for the second tournament running.

India, meanwhile, entered into the semi-finals after topping Group 2 table.

The final of the T20 World Cup will be played on November 13 at the Melbourne Cricket Ground.