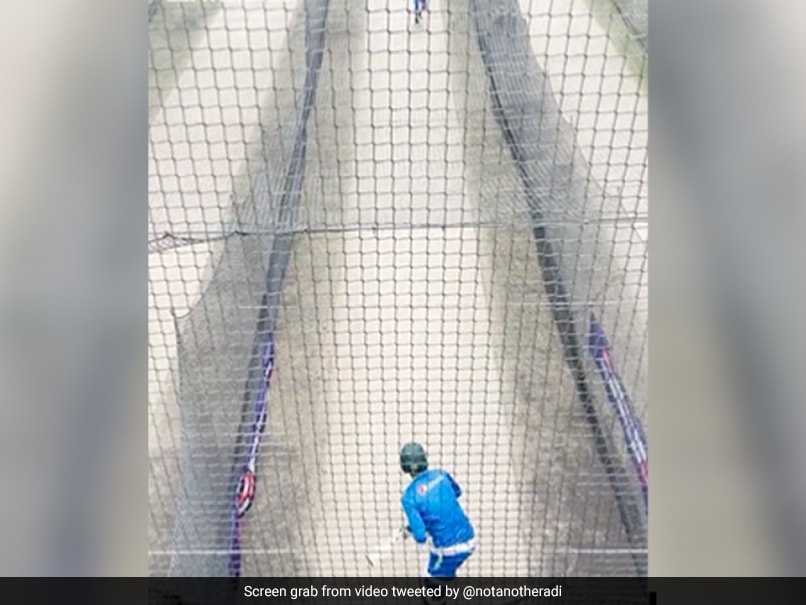 After defeating New Zealand with flying colours in the semi-final match of the ongoing T20 World Cup, Pakistan are gearing up for the summit clash against England, at the Melbourne Cricket Ground on Sunday. In the semi-final, the Babar Azam-led side chased down the target of 153 with seven wickets in hand. The opening pair of Babar and Mohammad Rizwan registered their respective half-centuries to take their side across the line, with five balls to spare. As the final showdown is just around the corner, Team Pakistan hit the practice ground, from where the fans got to witness an interesting turn of events.

In a video going viral on social media, openers Babar and Rizwan were seen bowling to star pacer Shaheen Shah Afridi in the nets. The video garnered a lot of praise from fans all over the world. Here’s the video:

Talking about Babar Azam’s performance in the 2022 T20 World Cup, the Pakistan skipper went through a lean patch in the initial games before hitting a 42-ball-53 against New Zealand in the semi-final. His opening partner Rizwan also smashed 57 runs off 43 balls.

Left-arm pacer Shaheen Afridi has been impressive with his pace in the ongoing tournament. In six matches, Shaheen has scalped 10 wickets at an economy rate of 14.20 and conceded 142 runs.

On the other hand, England stormed into the final of the tournament after thrashing India by 10 wickets in the second semi-final on Thursday.