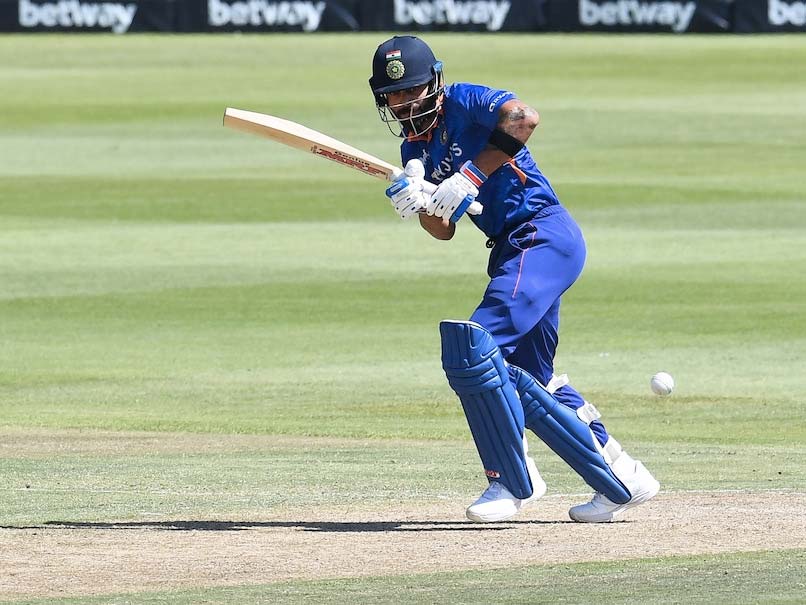 Enduring a lean patch, a jaded Virat Kohli, in all likelihood, will be rested for the upcoming five-match Twenty20 series against South Africa. The break is expected to help Kohli recharge his batteries before the high-profile England tour. It has been learnt that the national selection committee, headed by Chetan Sharma, would allow India’s No.1 batter to take some time off from the game after spending considerable time in bio-bubble in the last two months.

Kohli has been enduring the worst phase of his career as he has not scored a century in almost three years.

“Virat Kohli in all probability will be rested for the South Africa series. He has been playing a lot of cricket and has been in the bubble for a long time,” a senior BCCI official privy to development told PTI on conditions of anonymity.

“It has been a policy decision regarding Kohli and other senior players that they will be given periodic breaks from time to time.” South Africa are scheduled to play a five-match Twenty20 series in India from June 9 to 19. Delhi, Cuttack, Visakhapatnam, Rajkot and Bengaluru will host the matches.

India will travel to the UK in June-July. They will first play a T20 series against Ireland and then compete against England in one Test (5th Test of 2021 series) and six white-ball games.

Kohli is enduring one of his worst IPL seasons for RCB. He has as many as three golden ducks (first ball dismissals) to his name with just one 50-plus score to show in a below-par contribution of 216 runs.

There are times when a break away from the bump and grind and consistent scrutiny helps a player to get back his rhythm and Kohli might just need one for himself.

Former head coach Ravi Shastri has already spelt it loud and clear that Kohli needs an extended break from the game.

“Whether it’s two months or a month-and-a-half, whether it’s after England or before England. He needs a break because he has got 6-7 years of cricket left in him and you don’t want to lose that with a fried brain,” Shastri had recently said.

Ian Bishop had recently pointed out Kohli has been getting dismissed in varied ways by different types of bowlers and it was worrisome.

The selection committee will meet towards the end of the IPL and the series against the Proteas will set in motion the Indian team’s preparations for the T20 World Cup, to be held in Australia in October-November.

“Even skipper Rohit Sharma would require adequate rest with so much of cricket being played. Some of the others include KL Rahul, Jasprit Bumrah, Rishabh Pant, who all from time to time will need rest,” the official said.

It remains a possibility that some of the players are rested after the first two or three games in the SA series.

While most of the core team players will be available, rookies such as Umran Malik and Arshdeep Singh, who have been impressive in IPL, will also be in contention for national selection.