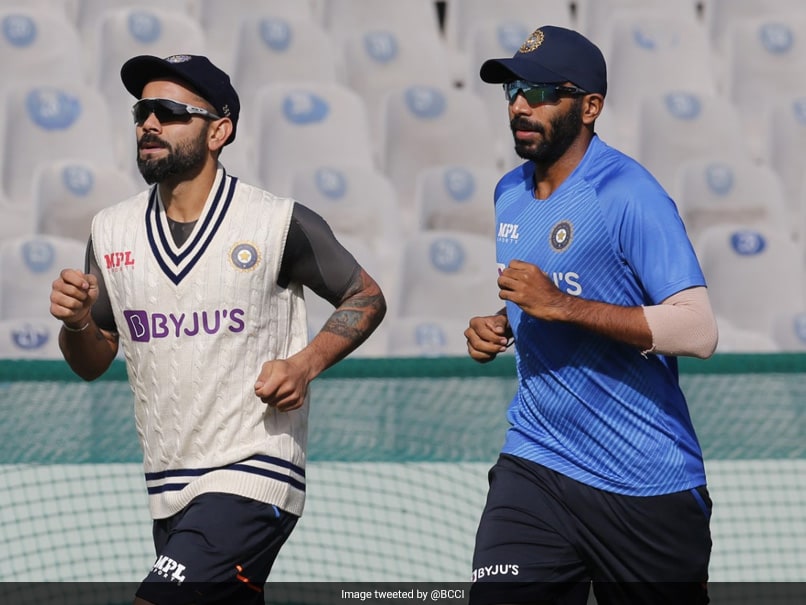 IND vs SL: Virat Kohli, Jasprit Bumrah during a training session ahead of the Test series.© Twitter

With the Indian cricket team set to begin their two-match Test series vs Sri Lanka on March 4, the BCCI took to social media to give fans a sneak peek into the home side’s preparations. Sri Lanka’s tour of India began with a three-match T20I series which the hosts won 3-0. Taking to Twitter, the BCCI posted photos from training and captioned it as, “T20Is Preps begin for the Tests #TeamIndia | #INDvSL | @Paytm”.

In the pictures, the likes of Virat Kohli and Jasprit Bumrah could be seen taking part in the training session.

Here are the photos from India’s preparation for the upcoming Test series vs Sri Lanka:

The first Test match is scheduled to begin from March 4 at the Mohali Stadium in Chandigarh.

The second Test match is set to start from March 12 and will be held at the M Chinnaswamy Stadium in Bangalore.

The upcoming first Test match will also be former skipper Kohli’s game in the red-bal format. Speaking in an onling press conference, pacer Bumrah stated that the landmark game is reflection of Kohli’s dedication towards the game.

“It is always a special achievement for a player. You know it is a testimony to his hard-work, dedication”, said Bumrah, according to PTI.

“…(playing) 100 Test matches for your country is a great occasion and he has contributed a lot to the success of the Indian team and will contribute a lot more in the future as well,” he added.

“It is another feather in his (Kohli’s) cap. I just wish him the best and congratulate him for the achievement.”