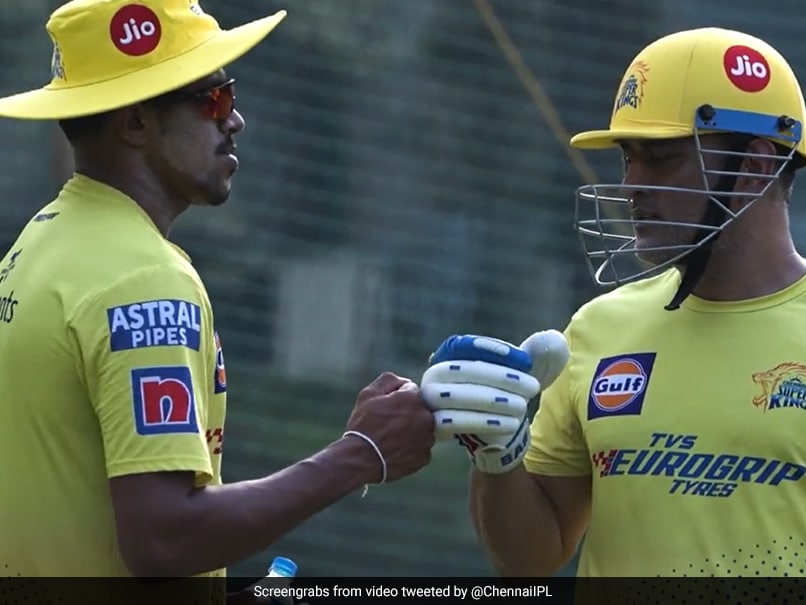 Sri Lankan spinner Maheesh Theekshana’s rise has been a major one for CSK.© BCCI/IPL

Among the few positives that Chennai Super Kings (CSK) had in the Indian Premier League (IPL) 2022, Sri Lankan spinner Maheesh Theekshana‘s rise is a major one. The 22-year-old, playing his maiden IPL season, has so far taken 12 wickets in eight matches. He is only behind Dwayne Bravo (16) and Mukesh Choudhary (13) in terms of number of scalps for the defending champions. However, things never came easy for Theekshana. In a video released by CSK, Theekshana talks on his struggle with weight and how he managed to overcome it.

“I was 107 kg at that time (U-19 days), so I had to work harder to get my weight and skin folds down in the yo-yo test. In 2020, I got everything down and brought my fitness to the (required) level. I started to do more hard work on my body,” Theekshana said in the video.

Big Dreams are not impossible if we Believe in the process! Hear it from Theekshana! #WhistlePodu #Yellove @Dream11 #DreamBigDream11 pic.twitter.com/9gYbb3TPjT

Theekshana further said how he had to endure long stretches of time on the bench.  “In 2017-18, I was in the U-19 squad, but I never had a chance to play because I failed fitness tests a few times. In 2019, I had to be a water boy for 10 games in three-day matches. So, I knew that if I fail, I would have to carry the water bottles again. But then I kept believing in myself and had that never-say-die attitude. That’s why I am here in 2022,” he said.