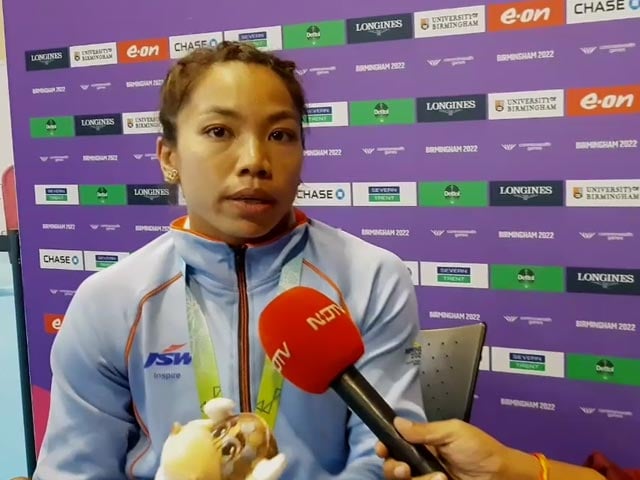 Mirabhai Chanu kept her date with history as she defended her Commonwealth Games crown to win the gold medal in the women’s 49kg category in weightlifting. It was a show of dominance as the Indian was miles ahead of the competition and eventually picked up a total weight of 201kg to come up trumps. Chanu spoke exclusively with NDTV after her triumph and expressed joy at her performance.

“I had come prepared to give the best performance in snatch. I wanted to do better than before in snatch, I touched it (her personal best), but could not cross it.

“But this performance is my best in snatch till date, so I am very happy,” Chanu said.

The Tokyo Olympics silver medallist has recently made a comeback from injury and she said that she has recovered well.

“Yes, I have recovered quite a bit from my injuries. There isn’t a lot of problems now. But I hadn’t trained a lot before this, had only worked on my technique. I have completely recovered from my injury.”

Chanu expressed her delight at getting a lot of support from the Indian fans who had gathered in the arena to cheer her towards the gold medal.

“I was really excited and happy to see the support. When the national anthem was played, everyone sang aloud and that made me very happy.

She also said that her competition was with herself and she wanted t improve her own performance.

“I knew the competition at CWG would be relatively easier and that is why I wanted to compete with myself. I wanted to improve my performance and I am happy with my effort.”