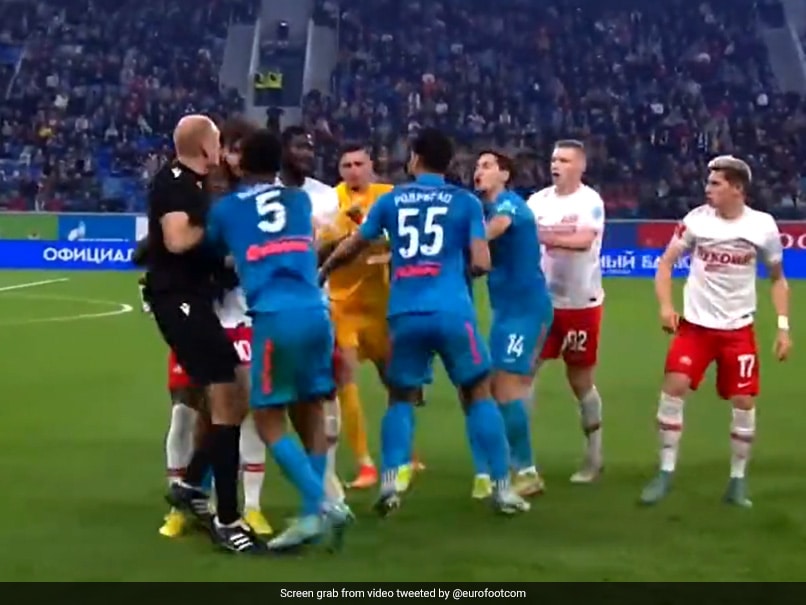 Football has often stood witness to tempers flaring on the field between players. However, Zenit St Petersburg’s Russia Cup tie against Spartak Moscow on Sunday saw a brawl of another level as the game descended into chaos. Six players were shown red cards after a mass fight took place in the injury time at the end of the second half. The match was on tenterhooks with the score-line reading 0-0. However, the players went into overdrive as Spartak took a free-kick from inside their half.

Forward Quincy Promes and midfielder Wilmar Barrios clashed followed by an exchange of words. Their teammates also got involved, and it ended up in an ugly brawl.

Zenit vs Spartak today got seriously out of hand… pic.twitter.com/xSisfaSGq9

As per Daily Mail, the referees kept sending the marching orders as individuals kept on clashing with each other.

The scuffle was started by Rodrigao Prado, number 55 for Zenit, as he ran in and kicked a rival player with the referee standing few metres away. He, however, did not receive a red card for his role in proceedings.

Six red cards were shown in total. Three players from each side were given the marching orders. However, all the red cards were handed to players who were not technically playing, including former Barcelona player Malcom, who currently plays for Zenit.

The other players, who were red carded were: Wilmar Barrios and Rodrigo (both Zenit) and Aleksandr Sobolev, Shamar Nicholson and Aleksandr Selikhov for Spartak.

Zenit in the end won the contest, winning 4-2 on penalties