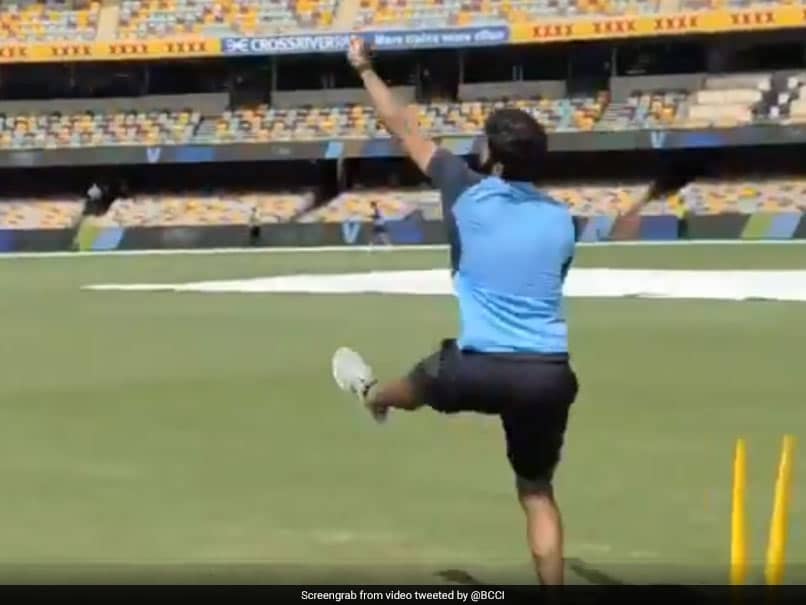 The BCCI posted a video of Jasprit Bumrah and R Ashwin bowling in the nets.© Twitter

Jasprit Bumrah and Ravichandran Ashwin may have missed the ongoing fourth and final Test against Australia at The Gabba due to injuries, but the duo is leaving no stone unturned to get ready for the upcoming Test series against England. India and England are set to face each other in a four-match Test series, beginning February 5 in Chennai.

Before the start of play on day four of the ongoing Gabba Test, Bumrah and Ashwin were seen practicing their skills. Many have been speculating over the fate of duo’s participation in the England series, and looking at them train comes as positive news.

“.@Jaspritbumrah93 & @ashwinravi99 were seen getting into the groove at The Gabba earlier in the day. Seems like the warm-up for #INDvENG is already underway,” tweeted BCCI on Monday.

.@Jaspritbumrah93 & @ashwinravi99 were seen getting into the groove at The Gabba earlier in the day

Seems like the warm-up for #INDvENG is already underway #TeamIndia pic.twitter.com/4jnZCPRzXn

Ashwin had complained of back spasm during the third Test while Bumrah had abdominal strain and as a result both players missed out on the fourth Test against Australia.

The senior players have been constantly guiding the young bowling attack which is playing in the fourth Test. When Mohammad Siraj took his maiden fifer in Tests on Monday, Jasprit Bumrah was the first one to hug him after the Australian innings ended for 294.

In the final session on day four of the fourth Test, with rain playing spoilsport, the Indian openers Rohit Sharma and Shubman Gill could face just 1.5 overs before the umpires decided to call for early stumps. India need 324 runs on the final day with 10 wickets in the bag at Australia’s fortress — The Gabba.