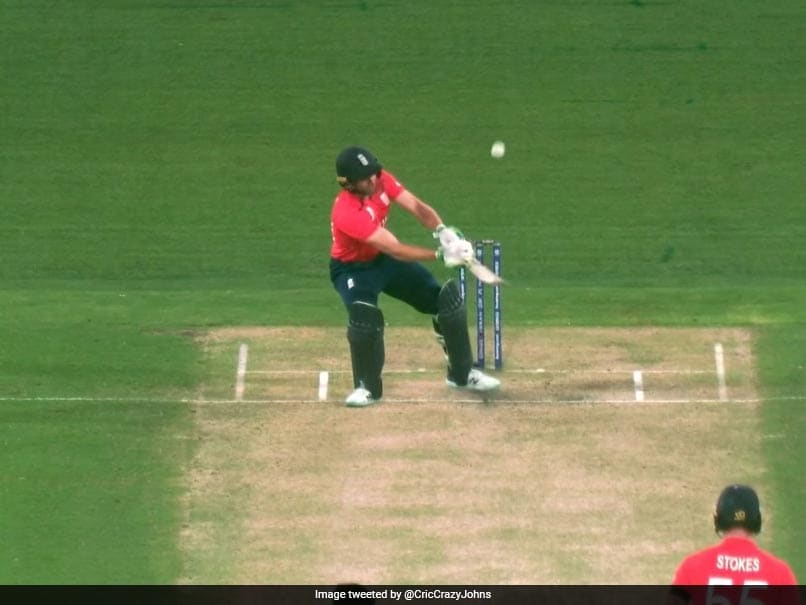 One of the finest T20 batters in the world, Jos Buttler is a name that needs no introduction. In the T20 World Cup final against Pakistan, Buttler once again showed his incredible game awareness. Defending a total of 137 runs, Shaheen Afridi dismissed Alex Hales (1) in the first over, before Haris Rauf struck twice to dismiss Phil Salt and in-form England captain Jos Buttler, who played a quickfire cameo of 26 off 17 balls, packing. Before getting out in the final over of the powerplay, however, Buttler showed some incredible shots, including a ramp six against Naseem Shah that went over the fine-leg boundary.

Earlier, England had won the toss and Buttler decided to invite Pakistan to bat first at the Melbourne Cricket.

Left-arm pacer Sam Curran and leg-spinner Adil Rashid put relentless pressure on the Pakistan batting. Curran ended with figures of 3/12 while Rashid and Chris Jordan bagged a couple of wickets each.

Jos Buttler’s England, who reached the final with a thumping 10-wicket win over India, are aiming to become the sport’s first-ever dual white-ball champions, after winning the 50-over World Cup in 2019.

Both teams are looking for a second T20 title after Pakistan’s success in 2009 and England’s a year later.

Pakistan, on the other hand, eye their first major ICC trophy since winning the Champions Trophy in 2017.

21 mins ago ABHIJEET KATIYAR
We use cookies to ensure that we give you the best experience on our website. If you continue to use this site we will assume that you are happy with it.OkNoPrivacy policy