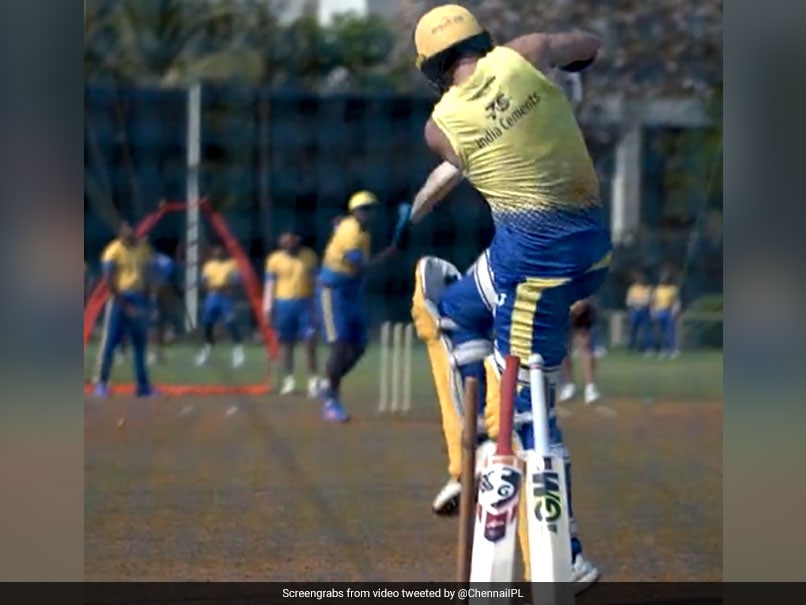 Despite having a poor start to his Indian Premier League (IPL) career, Devon Conway seems to be working on his batting skills ahead of his next opportunity for Chennai Super Kings (CSK). The New Zealand batter played in the IPL 2022 season opener against Kolkata Knight Riders (KKR) but was dropped after that as CSK went on to lose by six wickets and Conway could muster just three runs off eight deliveries in the match. In a recent video posted by CSK on social media, the Kiwi cricketer showcased his pull shot technique and compared it to Brian Lara’s. After playing the shot during training, he also exclaimed, “we see Lara!”

Here is the video of Conway emulating Lara’s pull shot:

“Did I pull it off like B C Lara?”
Yes, We C Lara here! #Yellove #WhistlePodu pic.twitter.com/NHoHRVKsiY

Other than Conway, CSK have also been in poor form as a team and haven’t won a single match yet. After the defeat to KKR, they lost to Lucknow Super Giants (LSG) by six wickets and then a 54-run defeat to Punjab Super Kings (PBKS) on Sunday pushed them to the 9th spot among 10 teams.

During their defeat to Punjab, Chennai had a top-order collapse with the likes of Robin Uthappa (13), Ruturaj Gaikwad (1), Moeen Ali (0), Ambati Rayudu (13) failing to get going.

Meanwhile, Ravindra Jadeja was dismissed for a three-ball duck. Jadeja was handed over the captaincy ahead of the ongoing season and will be hoping to notch up a win soon.

Against Punjab, Shivam Dube did try to reignite CSK’s chase of 181 runs with a half-century. But the all-rounder lost his wicket to Liam Livingstone, who was the star performer for his team.

Other than his two-wicket haul, the Englishman slammed 60 off 32 balls as PBKS posted 180 for eight in 20 overs.

Also, Dhoni tried to put some pressure on Punjab’s bowling department but it came too late and he lacked support after the departure of Dube.

For their next match, CSK face SunRises Hyderabad (SRH) on Saturday, at the Dr DY Patil Sports Academy in Navi Mumbai.