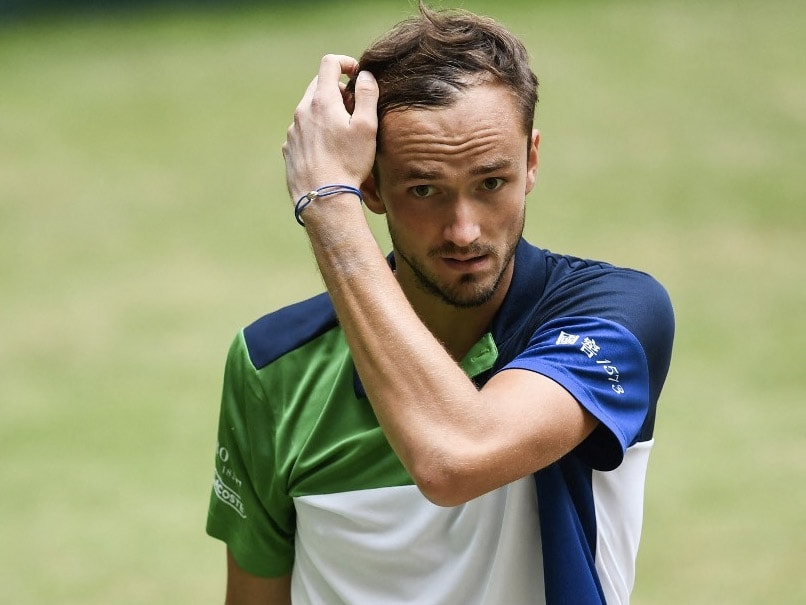 Daniil Medvedev on Sunday lost his second successive grass-court final after he went down against Poland’s Hubert Hurkacz in the final of the Halle Open in Germany. The Russian was completely outplayed by the Pole, who sealed a 6-1, 6-4 straight sets victory. During the final, the world no.1 had a heated moment with his coach Gilles Cervara. Medvedev shouted loudly at Cervara, and the Frenchman abruptly got up from his seat in the stands and stormed out of the court. The video was shared by Tennis TV on their official Instagram handle.

After the match, Medvedev apologised to the crowd for “not making this match longer and more interesting” and admitted he was “not easy to be with on the court” this week.

Despite winning seven out of nine matches on grass court this season, the Russian has failed to win a title after losing two straight finals.

Medvedev will not compete at Wimbledon this year after the organisers banned Russian and Belarusian players from competing, following Russia’s invasion of Ukraine.

Medvedev will now be seen in action during the Mallorca Open, which will start from June 22.

Hurkacz, on the other hand, won his fifth title of his career, having also defeated Australian Nick Kyrgios in the semi-final.

Meanwhile, Hurkacz and his American teammate Sebastian Korda were beaten by Kazakhstan’s Andrey Golubev and Argentina’s Maximo Gonzalez in the men’s doubles final in Halle.