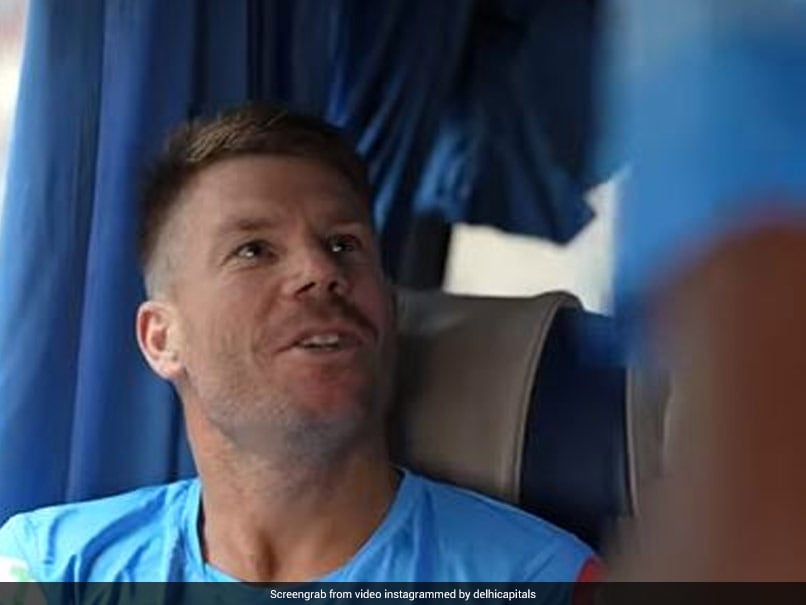 David Warner played his first game of the ongoing IPL 2022 season against Lucknow Super Giants. The left-handed batter did not have a good showing with the bat as he scored just four runs, but just his presence has given Delhi Capitals’ batting lineup much-needed firepower. Rishabh Pant-led franchise have won just one game this season and they would like to get back to winning ways. Ahead of the game against KKR, David Warner was seen speaking to a teammate in Bengali.

Delhi Capitals shared a video on Instagram, in which the maverick batter can be seen greeting a teammate in Bengali.

“Hello buddy, how are you? Kemon Acho? Ammi tuma ke bhalo bhashi (how are you, I like you),” Warner can be heard saying in the video.

“A message from @davidwarner31 for fans on both sides. Looking forward to a great game, @kkriders,” Delhi Capitals wrote as the caption.

In the ongoing contest between Delhi and KKR, the latter won the toss and opted to field first. KKR made no changes to their lineup while Delhi Capitals brought in Khaleel Ahmed in place of Anrich Nortje.

Delhi Capitals are currently at seventh spot in the IPL points table with two points from three games. Delhi had last lost their game against the Lucknow Super Giants.

Delhi Capitals had won their opening fixture against Mumbai Indians, but then they went on to lose against Gujarat Titans and Lucknow Super Giants.

On the other hand, KKR are at the top of the table with six points from four games. Pat Cummins played a blazing knock of 56 runs off just 15 balls to help KKR defeat Mumbai Indians.