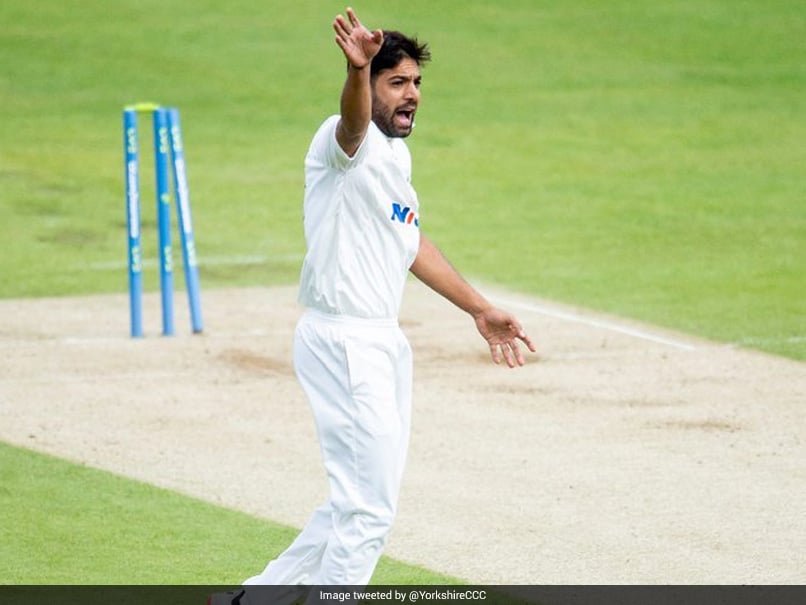 The ongoing County Championship has seen some tremendous performances, especially from Asian players. While India’s Cheteshwar Pujara has been producing magic with the bat, fast bowlers from Pakistan are breathing fire and causing havoc for the opposition batters. Hasan Ali and Shaheen Shah Afridi have been grabbing eyeballs through some sterling performances and now Haris Rauf too has joined the party. Playing for Yorkshire, Haris Rauf took a fifer to help his team bowl out Kent for 291 in the first innings. Among his five wickets was a ferocious toe-crushing yorker that sent the batter hopscotching back to the pavilion.

What a way to start his first match in a Yorkshire shirt at HQ! #OneRose pic.twitter.com/0Kdc1Mc1E0

The Pakistan pacer started the match with a bang, removing both Kent openers in double quick time and then dismissing Kent skipper Jack Leaning for a duck to leave the opposition tottering at 20 for three.

But a brilliant partnership from Daniel Bell-Drummond (109) and Jordan Cox resurrected the Kent’s innings. Ollie Robinson (58) then struck a fine half-century as Kent clawed their way back.

However, Rauf and Jordan Thompson made mince meat of Kent’s lower order. From 266 for six, Kent were bowled out for 291, losing their final four wickets for just 19 runs.

In reply, Yorkshire themselves had a torrid start losing their first three wickets for just 23 runs. But Dawid Malan and Harry Brook led Yorkshire’s revival with a stunning 269-run partnership for the fourth wicket.

Malan was dismissed for 152 while Brook remained unbeaten on 131.