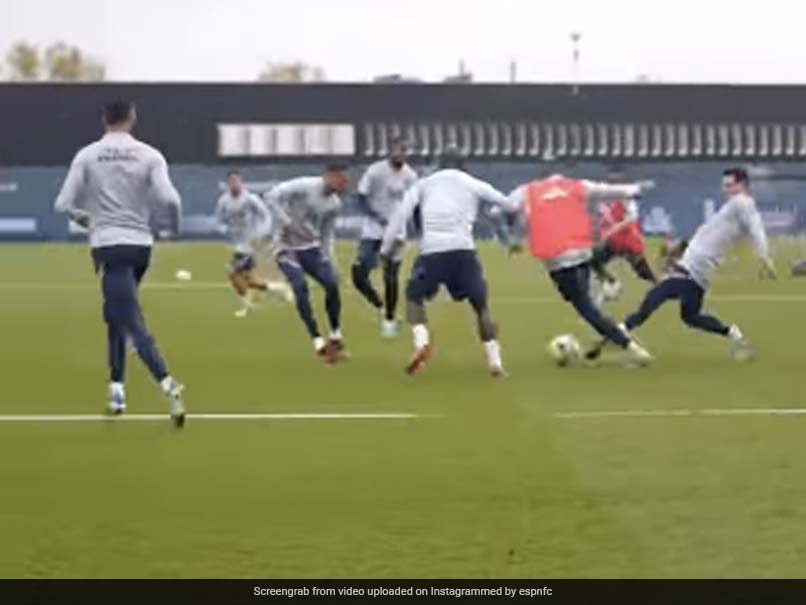 France’s Kylian Mbappe has been known to be at his mocking best while trying to get past opposition players in Ligue 1 for Paris Saint-Germain (PSG). The manner in which he dribbles and runs past defenders is not only a testament to the talent he possess, but the ruthlessness of his desire to win at all costs. But recently, through a video it came to light that how Kylian has absolutely no soft corner when it came to outrunning his own teammates during training sessions. In a video that surfaced online, Mbappe is seen dribbling past PSG players without much fuss to score a sublime goal. He even celebrated with a slide near the corner flag after putting the ball past the finishing line as if there were people to appreciate his brilliance.

But what struck out in the video was Mbappe taking the ball away from Lionel Messi with tremendous ease. Mbappe received the ball on the left flank and went through the middle and provided a side-foot finish to end the play. During Mbappe’s run, Messi tried to disturb Mbappe’s footing from behind but didn’t even get a sniff as the striker raced past everyone in no-time.

Mbappe carried his form into the match as well and scored the decisive penalty to help PSG get the better of Marseille 2-1 on Sunday at the Parc des Princes.

Brazil’s Neymar Junior opened the scoring in the 12th minute to give PSG the lead. However, Duje Caleta-Car equalized in the 31st minute to level the proceedings.

Although Marseille enjoyed 58 per cent possession of the ball, PSG accounted for better finishing in the final third to come out as winners.