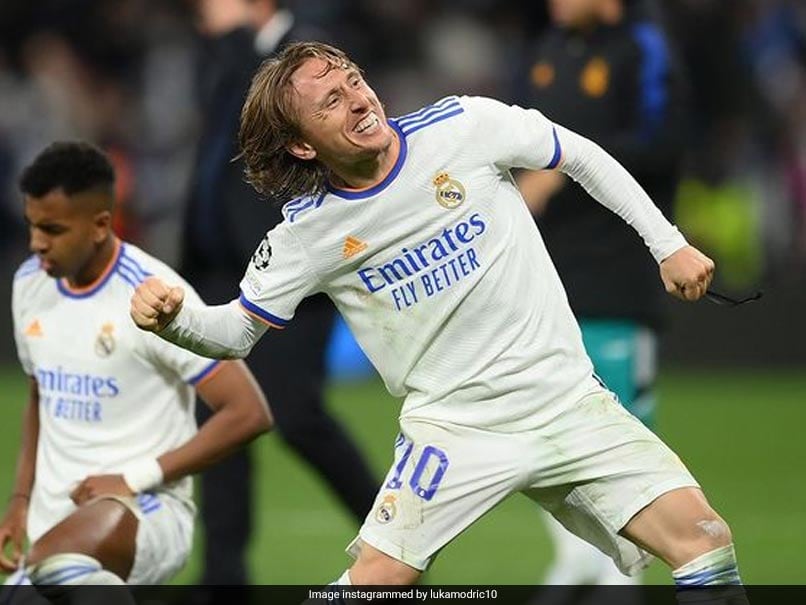 Real Madrid‘s most experienced stars came to the party as they overcame a tough challenge vs Chelsea to qualify for the semi-finals of the Champions League with a 5-4 aggregate win over the two legs played. While Karim Benzema hit a late winner to cement his side a place in the last four state, midfielder Luka Modric wasn’t far behind as he assisted Rodrygo brilliantly for their team’s opening goal of the night. Having gone down 1-3 in the first leg at Stamford Bridge, Chelsea took a commanding 3-0 lead and looked comfortable towards securing a semi-finals place. However, Rodrygo’s inch-perfect finish to Modric’s genius assist helped Real Madrid stretch the game to extra-time, where Benzema sealed victory in the 96th minute.

On a night where Chelsea stars dominated play, Modric produced a moment of brilliance in the 80th minute of the game. The playmaker received a pass from Marcelo on the inside of the left-flank and played a superb pass with the outside of his foot which landed on the far side of the goal post. The ball was well received by Rodrygo, who had hardly any difficulty in burying the ball inside the net.

The goal gave the home side some relief as the game was forced to be decided in extra time.

Chelsea clearly dominated the numbers as far as the overall statistics of the match are concerned. The visitors enjoyed a 57 percent ball possession and had 7 shots attempted at goal, three more than Madrid on their home ground.

More than a 150 more passes and nine corners more, defending champions Chelsea looked like they were on a mission but Benzema’s late strike sealed their fate for them.