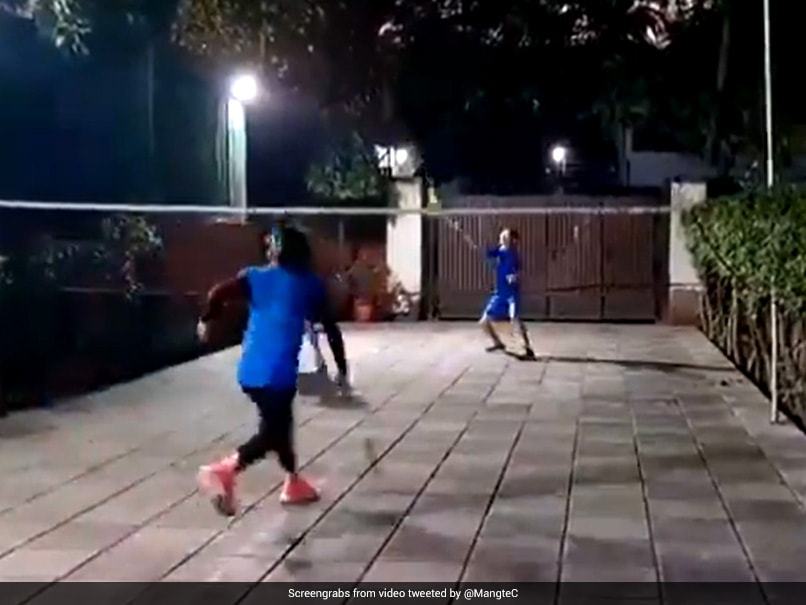 Mary Kom played badminton against her two sons in the video.© Twitter

MC Mary Kom is a champion boxer, but she recently tried her hand at a different sport – badminton. Mary Kom took to Twitter on Wednesday to share a video where she can be seen playing badminton with her sons. The two boys are seen teaming up against their mother, who manages to still do a fine job despite the handicap. “Playing with my son 2 sons (sic)..I am not good at it but..train a child in the way he should go,” she captioned the video.

Playing with my son 2 sons..I am not good at it but..train a child in the way he should go.. pic.twitter.com/uupwrEP9BT

The video was well received by her fans on the microblogging site.

“Imagine having a lady like her as your mother… She has done a lot to make us proud… I feel inspired and happy whenever i see her,” one user commented.

“Mary good to hear and see as mother is first teacher, now we can expect a medal from your children in near future in Badminton,” wrote another.

Mary Kom had won the bronze medal in the 2012 London Olympics.

In the recently concluded Tokyo Games, she reached the Round of 16, but was beaten by Colombian Ingrit Valencia.