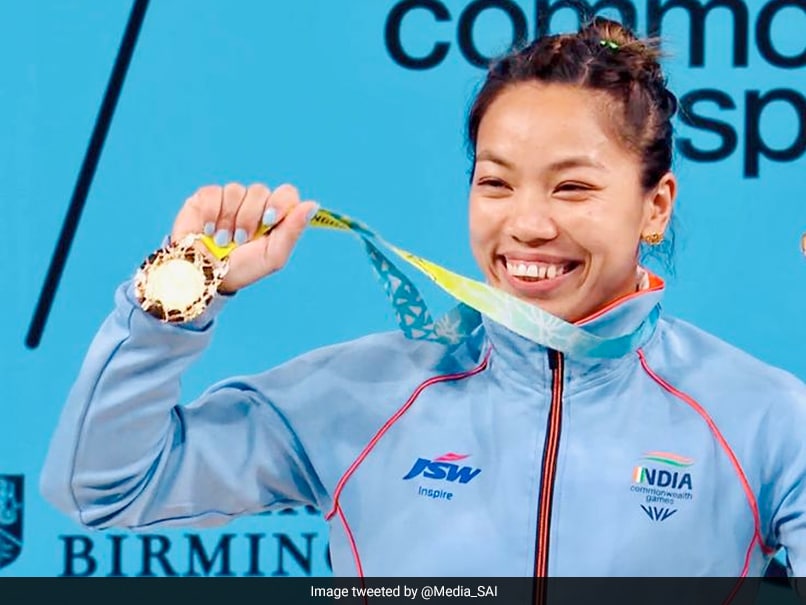 27-year-old Mirabai Chanu was at the top of her game in the women’s 49kg category final on Saturday and she brought home India’s first gold medal of the ongoing Commonwealth Games. Chanu, who was defending her gold medal crown after winning the yelow metal at the 2018 Games in Gold Coast, was miles ahead of other participants as she picked up 88kg in snatch and 113 kg in clean and jerk. The clean and jerk section, Chanu’s 1st lift was 109kg and after lifting that properly, she sealed the gold medal for herself.

Before going to lift 109kg, Chanu knew if she does it, she will bring home the gold medal. The Tokyo Olympics silver medallist did not break a sweat in lifting 109kg and hence the gold was India’s.

Due to her excellent performance in the snatch round, which saw her set the new Commonwealth record after lifting 88kg, Mirabai needed to just complete her first attempt in the clean and jerk round and she did it with aplomb, lifting 109kg.

Assured of gold, she went on to lift 113kg in her second attempt. She tried 119kg in her third, but could not complete the lift, but it mattered little as she secured her second gold medal in the Commonwealth Games.

After the win, Chanu told NDTV: “I had come prepared to give the best performance in snatch. I wanted to do better than before in snatch, I touched it (her personal best), but could not cross it. But this performance is my best in snatch till date, so I am very happy.”

“I knew the competition at CWG would be relatively easier and that is why I wanted to compete with myself. I wanted to improve my performance and I am happy with my effort,” she added.