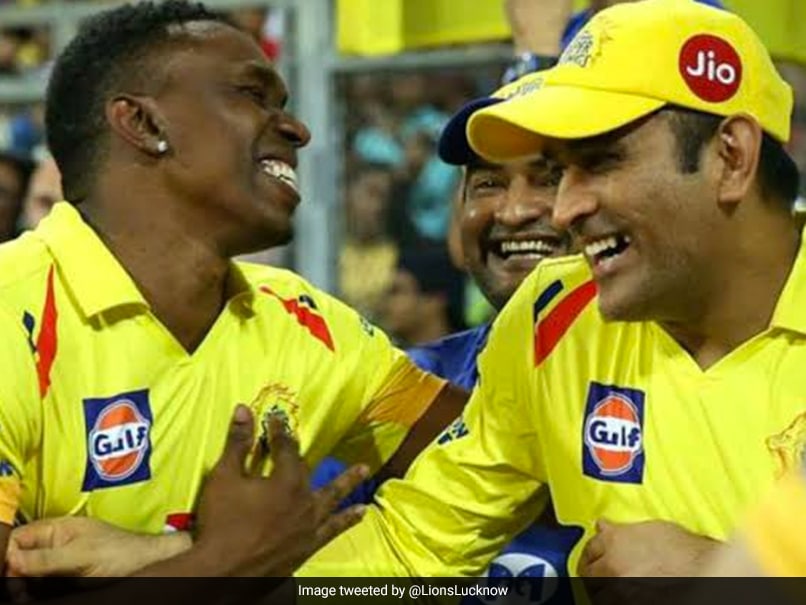 MS Dhoni‘s words of wisdom from behind the stumps have helped many a bowlers. Players themselves have admitted in the past that Dhoni’s inputs have helped them learn and become better. The CSK skipper is also known for some witty one-liners to his own teammates, be it while playing for India or Chennai Super Kings, some of which have been picked up by the stump mic. One such comment to Ravindra Jadeja during a Test match between India and New Zealand in 2014 had gone viral. On Sunday, Dhoni came up with another gem during CSK’s comprehensive win over Delhi Capitals in an IPL 2022 match.

The match was pretty much in the bag as DC were reeling at 109 for eight in the 17th over. On the fourth ball of the over, Maheesh Theekshana bowled a slightly shortish delivery to Anrich Nortje who tried to beat the man at short cover.

However, Dwayne Bravo moved quickly to his left and fielded the ball, not allowing the DC pair to take even a single. Dhoni was quick to praise Bravo for his fielding effort but did so by calling the West Indian an “old man”.

“Well done, old man,” Dhoni can be heard saying over the stump mic.

Even the commentators were left in splits by Dhoni’s remark.

Watch the video of here:

This was CSK’s fourth win in 11 matches in IPL 2022. It kept the team’s slim hopes alive of reaching the playoffs. However, CSK will still need a miracle if they are to reach the top four.

The Chennai franchise are currently eighth in the 10-team IPL points table with eight points from 11 games.