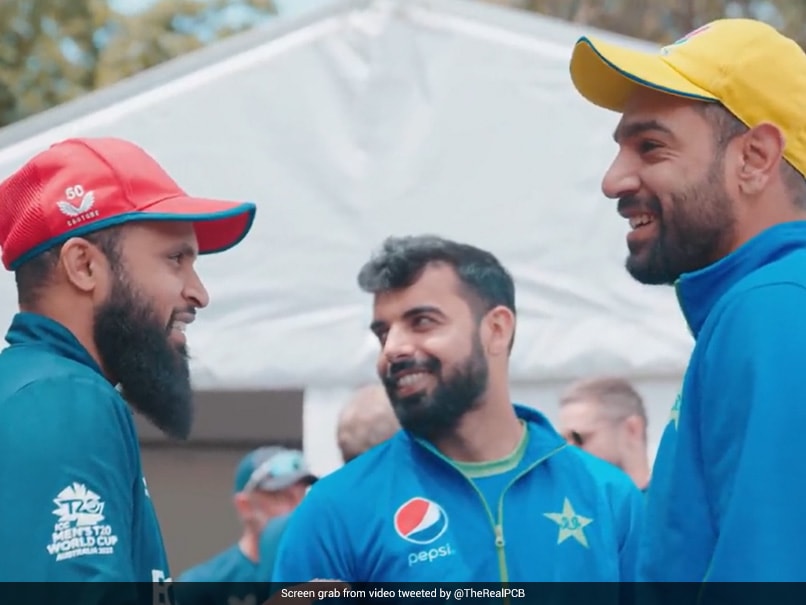 Pakistan had won the T20 World Cup in 2009, England did the same a year later.© Twitter

Pakistan and England will face off in the final of T20 World Cup at the Melbourne Cricket Ground on Sunday. Both teams have won the T20 World Cup once each, since the advent of the tournament in 2007. While Pakistan had won the title in 2009, England did the same a year later in the West Indies. Ahead of the final, players from both camps greeted each other during a fan event, which was organised on the eve of the final by the International Cricket Council (ICC).

The video was shared by ICC on their official Twitter handle.

One day before the final

Both Pakistan and England had qualified for the semi-finals after finishing second in their respective groups.

Both teams had played a seven-match T20I series, which England had won 4-3 against the hosts.

Pakistan Cricket Board chairman Ramiz Raja addressed the squad on Friday, reflecting on how the team he was part of beat England to win the 1992 one-day World Cup.

“When the chairman came and shared his experience of the World Cup, it put a massive boost in our confidence,” said Azam. “He advised us to stay calm and focus on what goes well.”

More than 90,000 fans packed the MCG when Pakistan played India early in the tournament and they have enjoyed solid support wherever they have played in Australia.

“They give us confidence and (it’s) good to see when we go anywhere, any stadium, they come and support the Pakistan team,” he said.