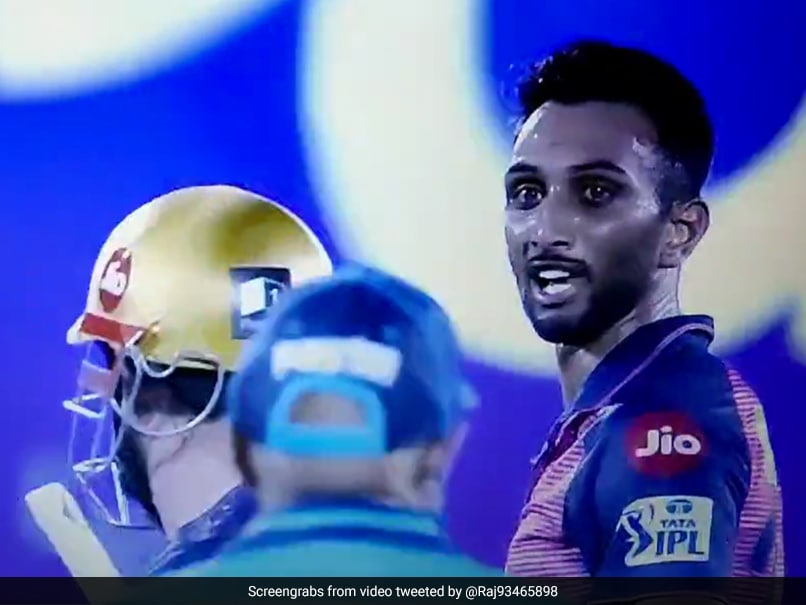 Rajasthan Royals pacer Prasidh Krishna gave his team a big breakthrough when he dismissed a well-set Aaron Finch as they beat Kolkata Knight Riders  in a thrilling Indian Premier League (IPL) 2022 match on Monday. Krishna bowled short and wide and Finch went for the cut but skied the ball and was caught at backward point by Karun Nair. As the Australia limited-overs captain made his walk back towards the KKR dugout, a pumped up Krishna was seen giving him a mouthful.

Put in to bat, Jos Buttler hit a magnificent 103 off 61 deliveries to bring up his second century of the season. Sanju Samson and Shimron Hetmyer also made handy contributions as Rajasthan Royals reached a daunting total of 217/5.

KKR got off to a horror start in their chase as Sunil Narine was run out off the first delivery of their innings, but Shreyas Iyer and Finch kept them going at a good tempo.

After Finch fell for 58 off 28 deliveries, Shreyas kept them going even as Yuzvendra Chahal scalped Nitish Rana and Ravichandran Ashwin sent Andre Russell packing for a duck.

With KKR still in the driving seat, Yuzvendra Chahal changed the game around in the 17th over, as he took four wickets including a hat-trick to leave the opposition reeling.

He finished with career-best IPL figures of 5/40.

KKR eventually fell short of their target by seven runs as RR bowled them out for 210.