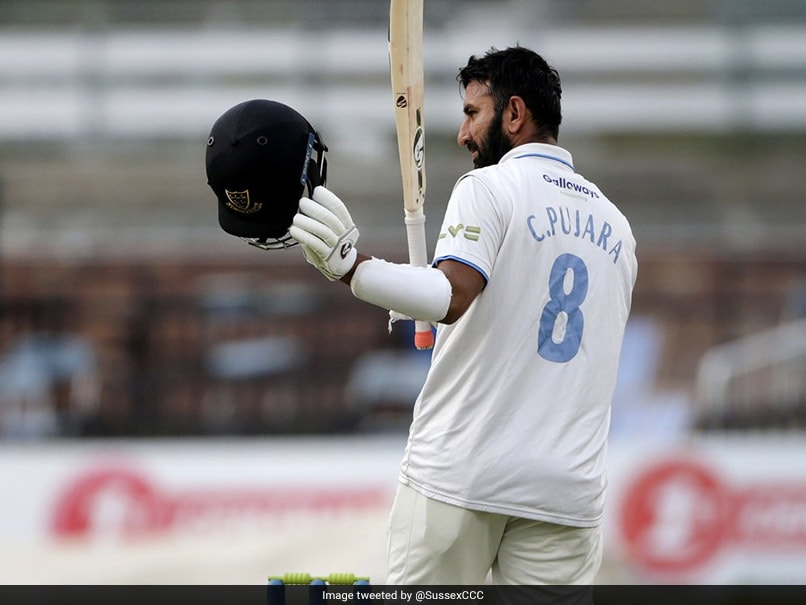 County Championship: Cheteshwar Pujara scored his fourth century in as many matches for Sussex.© Twitter

Cheteshwar Pujara is loving life in the County Championship, having scored a bagful of runs for Sussex in the four matches he has played so far. On Saturday, the Indian batting star yet again produced a sterling knock to register his fourth century in as many matches. In the ongoing match against Middlesex, Pujara came up against Pakistan pace sensation Shaheen Shah Afridi, who too has been in fine form in the County Championship. But there was no stopping the Indian right-hander and even Afridi could do little to stop a free-flowing Pujara from reaching the three-figure mark.

During the course of his knock on Day 3, Pujara unleashed a stunning shot to deposit Shaheen Afridi in the stands. The video of the shot has gone viral on social media.