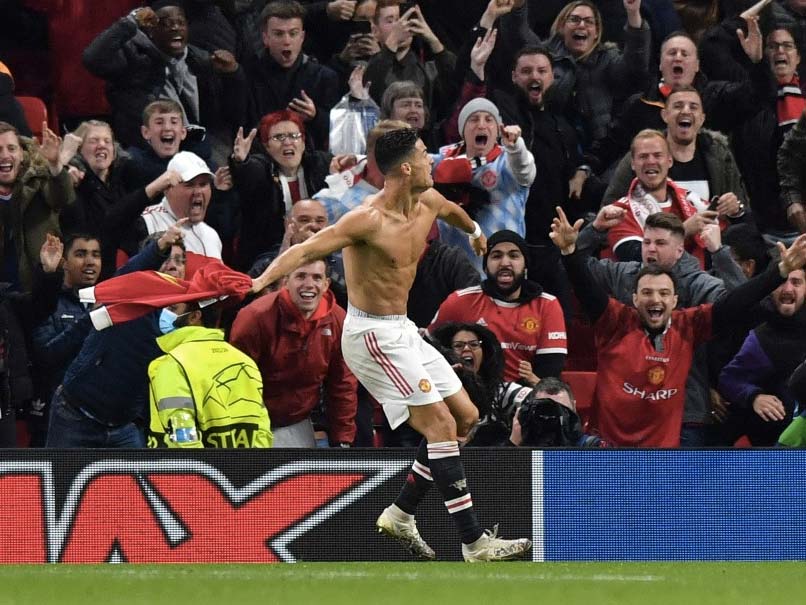 Cristiano Ronaldo netted a dramatic winner in the fifth minute of stoppage time as Manchester United edged out Villarreal 2-1 in a Champions League group stage game at Old Trafford on Wednesday. Playing against the team that beat them in a marathon penalty shootout in last season’s Europa League final, United went behind to a Paco Alcacer strike in the 53rd minute. However, they levelled the score seven minutes later when left-back Alex Telles scored with an exquisite volley. The game seemed to be heading for a draw when Ronaldo’s late intervention handed United all three points.

Receiving a cross from the left flank, Ronaldo headed down the ball for teammate Jesse Lingard, who laid it off for him. Despite having an acute angle to shoot from, Ronaldo’s effort went in after a touch from the Villarreal goalkeeper.

Ronaldo WINNER! From the stands

The win gave a major boost for United, who had lost the opening game of the group stages away at Young Boys earlier this month.

With three defeats in four games prior to the game against Villarreal, the onus was on United to bounce back.

And it was Ronaldo who delivered the goods for the Red Devils on Wednesday.

“That’s what happens at Old Trafford, we had to throw caution to the wind and got lucky in the end,” said United manager Ole Gunnar Solskjaer after the game.

“When you’ve got Cristiano on the pitch there is always a chance,” he added.

With the victory, United have three points from two games, level with Swiss champions Young Boys.