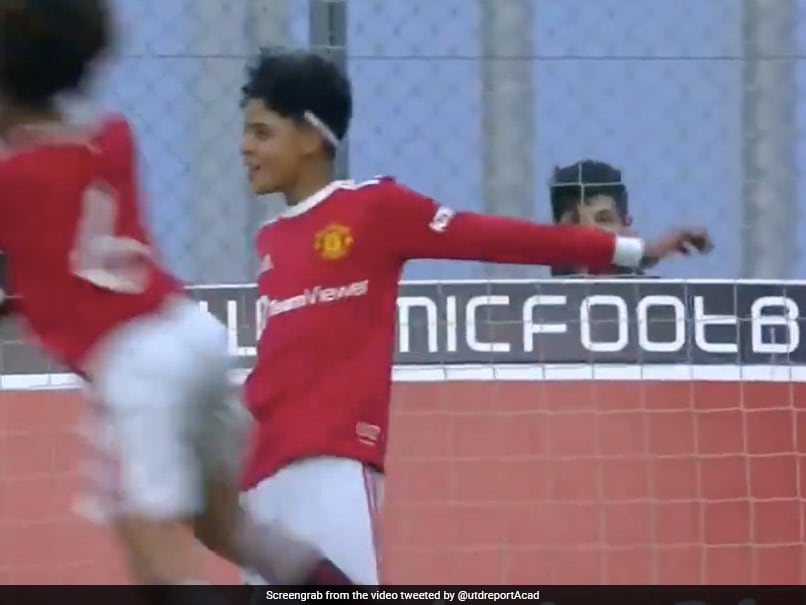 Cristiano Ronaldo Jr, the son of Manchester United and Portugal star forward Cristiano Ronaldo, scored his second goal for Manchester United’s U-12 side as they defeated Girones Sabat 5-0 during a youth tournament in Spain. The 11-year-old started the game on the substitutes’ bench and came on in the second half, when United were already cruising in the match. In the 68th minute of the match, Ronaldo Jr latched onto a low, driven cross and slotted the ball home from close range. He then pulled out his father’s iconic ‘Siuuu’ celebration.

Of course he pulled out his dad’s iconic celebration pic.twitter.com/YxfPZtc9Vb

Ronaldo Jr, who had joined United’s academy, had netted his first goal for the club just a fortnight ago against West Bromwich Albion.

Cristiano Ronaldo, on the other hand, had re-joined Manchester United last summer, having left the club to sign for Real Madrid in the summer of 2009 for a then record transfer fee of 80 million pounds.

During his nine seasons in Madrid, Ronaldo won four Champions League and two La Liga titles among other accolades.

Ronaldo, a five-time Ballon d’Or, then joined Italian giants Juventus in the summer of 2018, and spent three seasons in Turin, winning Serie A titles in his first two seasons.

The 37-year-old, so far, has netted 18 goals for United in all competitions, and will aim to net a few more before the end of the season.

United, however, haven’t been at their best this season.

Having already bowed out from the Champions League and the two Domestic cups, United find themselves seventh in the points table, six behind fourth placed Tottenham Hotspur.