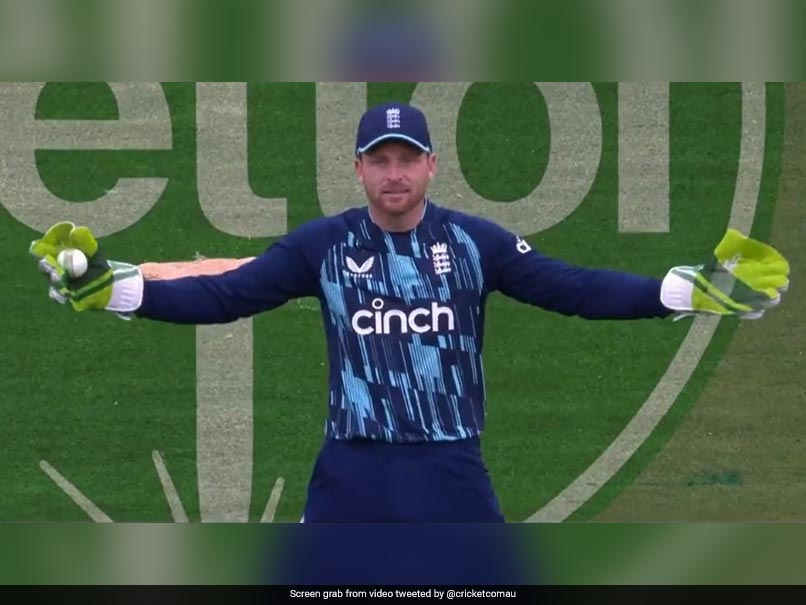 Dominant centuries from Travis Head and David Warner helped Australia thrash a tired England by 221 runs Tuesday in the third and final one-day international at the Melbourne Cricket Ground to sweep the series 3-0. After a six-wicket loss in Adelaide and a 72-run defeat in Sydney, England’s long tour ended with a crushing defeat at the same venue where they won the Twenty20 World Cup this month. Australia made a formidable 355-5 on the back of Head’s 152 and Warner’s 106 in a rain-hit game reduced to 48 overs, with the pair’s 269-run stand the ninth-highest opening partnership in 50-over cricket and the biggest at the MCG.

It left England needing 364 to win under a DLS-adjusted target, an ominous score they never looked like getting against a disciplined attack led by pacemen Pat Cummins and Josh Hazlewood and Adam Zampa‘s spin.

The match was also witness to an interesting incident. With Australia on 324-3 after 45.2, England’s  Olly Stone (4/85) bowled at Steve Smith. Against the short ball, Smith attempted a ramp-scoop. There was a faint edge as the ball carried to wicketkeeper Jos Buttler.

Smith, however, did not walk as umpire Paul Wilson did not buzz. Buttler waited for sometime before opting for opting for the DRS, and then he uttering “howzzat?”. At this point, Wilson ruled Smith out caught behind immediately.

Talking about the match, With Phil Salt sidelined for a concussion check after hitting his head while fielding, Dawid Malan was elevated to open for England with Jason Roy but he fell for two to Hazlewood.

It didn’t get any easier for the batsmen, who were restricted to just 49-1 off the opening 10 overs, already well behind the required run rate.

Cummins accounted for Roy (33) and Sam Billings (7) in quick succession, while James Vince ground out 22 off 45 balls before Sean Abbott broke his resistance.

When Zampa removed skipper Jos Buttler (4) and Chris Woakes in successive balls, then Moeen Ali (18) in his next over, England were 95-7 and their hopes over. Zampa ended with 4-31.

“We tried our best, fell a long way short. Australia outplayed us in every department,” said Buttler.

“But lots to be proud of. You don’t need long memories to remember the scenes here last week,” he said of the World Cup victory.

Buttler, back after missing the Sydney game, won the toss and asked Australia to bat, only to watch an exhibition from Head and Warner.

Head made his third one-day century and highest score, off 130 balls with 16 fours and four sixes, as he solidified his place at the top of the order after the retirement of Aaron Finch.

With conditions overcast and cool, the England bowlers extracted early swing and Head survived a missed catch on four and being given out lbw on nine, which he successfully challenged.

But he settled as he and Warner assumed full control, bringing up their second 100-run partnership in three matches.

Rain interrupted play for 30 minutes but the pair resumed where they left off with Head racing to his century, bringing up the milestone with a four from Chris Woakes. Warner soon followed, crunching Olly Stone to the ropes for his 19th ODI ton.

The partnership was finally broken by the persistent Stone, who bagged both Warner and Head in the same over and finished with 4-85 after removing Mitchell Marsh for 30 and Steve Smith for 21.