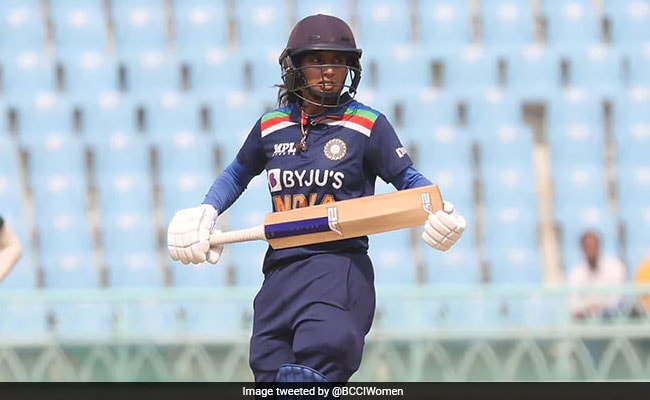 India women’s Test and ODI skipper Mithali Raj on Tuesday said that she has never felt the need to forego a press conference as she understands that women’s cricket right now needs media support. Mithali’s remarks came as tennis player Naomi Osaka on Monday pulled out of the ongoing French Open to look after her mental health. There was a huge fallout after the tennis star had decided to boycott press conferences during the ongoing Grand Slam. “Personally, I have not felt that I should forgo a press conference because women’s cricket right now where it stands, it needs media support and it is important for players also to sort of try and help in the growth of the sport. So we need to try to promote the sport,” said Mithali during a virtual press conference.

Former India batsman Mohammad Kaif on Tuesday said that players across sports should be allowed to avoid media if that helps in ensuring better mental health.

“It is high time we acknowledge the issue of mental health in sports. More so in individual sports. In cricket, a coach or a senior player can be a backup option for a captain but not in tennis. Let’s be sensitive, players in their weak moments should be allowed to avoid the media,” tweeted Kaif.

Amidst the ongoing controversy regarding her decision to boycott press conferences at the French Open, Japanese tennis player Osaka on Monday announced that she is withdrawing herself from the tournament.

In a statement released on Twitter, Osaka said: “Hey everyone, this isn’t a situation I ever imagined or intended when I posted a few days ago. I think now the best thing for the tournament, the other players and my well-being is that I withdraw so that everyone can get back to focusing on the tennis going on in Paris.

“I never wanted to be a distraction and I accept that my timing was not ideal and my message could have been clearer. More importantly, I would never trivialize mental health or use the term lightly.

“The truth is that I have suffered long bouts of depression since the US Open in 2018 and I have had a really hard time coping with that. Anyone that knows me knows I’m introverted, and anyone that has seen me at the tournaments will notice that I’m often wearing headphones as that helps dull my social anxiety.

“Though the tennis press has always been kind to me (and I wanna apologize especially to all the cool journalists who I may have hurt), I am not a natural public speaker and get huge waves of anxiety before I speak to the world’s media.

“I get really nervous and find it stressful to always try to engage and give you the best answers I can.”

Last week, Osaka had said that she would not be taking part in press conferences during the French Open in order to ensure better mental health.

Osaka defeated Patricia Maria Tig 6-4, 7-6(4) on the opening day of the tournament on Sunday.

With this victory, Osaka also extended her winning streak at the Grand Slams to 15 matches in a row.