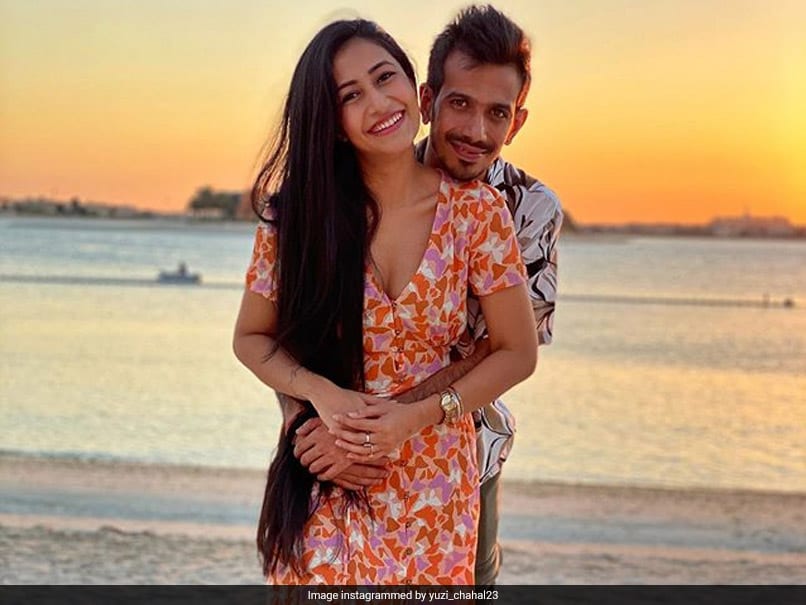 Amid the intense competition on display at the Indian Premier League (IPL) 2020, which is being played in the hot and humid conditions of the United Arab Emirates, Royal Challengers Bangalore leg-spinner Yuzvendra Chahal managed to spend some quality time with fiancee Dhanashree Verma. The RCB star took to Instagram to share an adorable picture with Dhanashree from the beach in Dubai, with the sea in the background. “Here’s to my perfect evening,” Chahal captioned the picture. Dhanashree responded with a heart emoji and a heart-eyed emoji.

Dhanashree Verma recently landed in the UAE. She attended her first match since her engagement to Chahal was announced when RCB beat Rajasthan Royals in Dubai.

Kohli and Anushka have also been spending some quality time together amid the IPL season.

Their pool pic, clicked by none other than Kohli’s partner-in-crime on the field AB de Villiers, recently went viral.

RCB have been enjoying a good season so far. With six wins from nine games, the Kohli-led team are third in the points table. Tied at 12 points with Mumbai Indians, they are only two points off table-toppers Delhi Capitals.

Chahal has been a key cog for the Bengaluru-based franchise.

The wily leg-spinner is the fourth-highest wicket-taker this season so far, with 13 scalps to his name.

RCB next take on Kolkata Knight Riders on Wednesday.