CD Projekt SA Chief Executive Officer Marcin Iwiński made a public mea culpa this week about the disastrous rollout of the video game Cyberpunk 2077 in December. He took personal responsibility and asked fans not to blame the team.

In a sombre five-minute video address and accompanying blog post, Iwiński acknowledged the game “did not meet the quality standard we wanted to meet. I and the entire leadership team are deeply sorry for this.”

Dear gamers,
Below, you’ll find CD PROJEKT’s co-founder’s personal explanation of what the days leading up to the launch of Cyberpunk 2077 looked like, sharing the studio’s perspective on what happened with the game on old-generation consoles. pic.twitter.com/XjdCKizewq

Iwiński’s apology, the second within a month, was an attempt to restore the Polish company’s reputation with scores of fans – and investors – who had waited eight years for the game, only to discover it was riddled with bugs and performance issues when it was finally released. Uproar over the botched debut caused a 30 percent drop in CD Projekt’s shares from December 10 through mid-January.

Interviews with more than 20 current and former CD Projekt staff, most of whom requested anonymity so as not to risk their careers, depict a development process marred by unchecked ambition, poor planning and technical shortcomings. Employees, discussing the game’s creation for the first time, described a company that focused on marketing at the expense of development, and an unrealistic timeline that pressured some into working extensive overtime long before the final push. CD Projekt declined to comment on the process or provide interviews for this story.

The Polish company will spend the next few months working on fixes to Cyberpunk 2077 instead of planning expansions to the game or getting started on the next installment of its other popular franchise, The Witcher. The first new update will be released toward the end of January and a second “in the weeks after,” Iwiński said.

This wasn’t how the development team envisioned starting 2021. Now, instead of celebrating a successful release, they will aim to turn Cyberpunk 2077 into a redemption story. It will be an uphill battle. Unlike competitors such as Electronic Arts and Ubisoft, CD Projekt only releases one major game every few years, so the company was relying on Cyberpunk 2077 to be a significant hit.

Cyberpunk 2077, a role-playing game set in a sci-fi dystopia, had a lot going for it. Warsaw-based CD Projekt already was well-known for an earlier blockbuster title, The Witcher 3, and Cyberpunk benefitted from a massive ad blitz and a leading role from actor Keanu Reeves. Thanks to pre-launch hype, the game sold 13 million copies at $60 (roughly Rs. 4,400) apiece in the first 10 days after its release. CD Projekt was, for a while, the most valuable company in Poland. 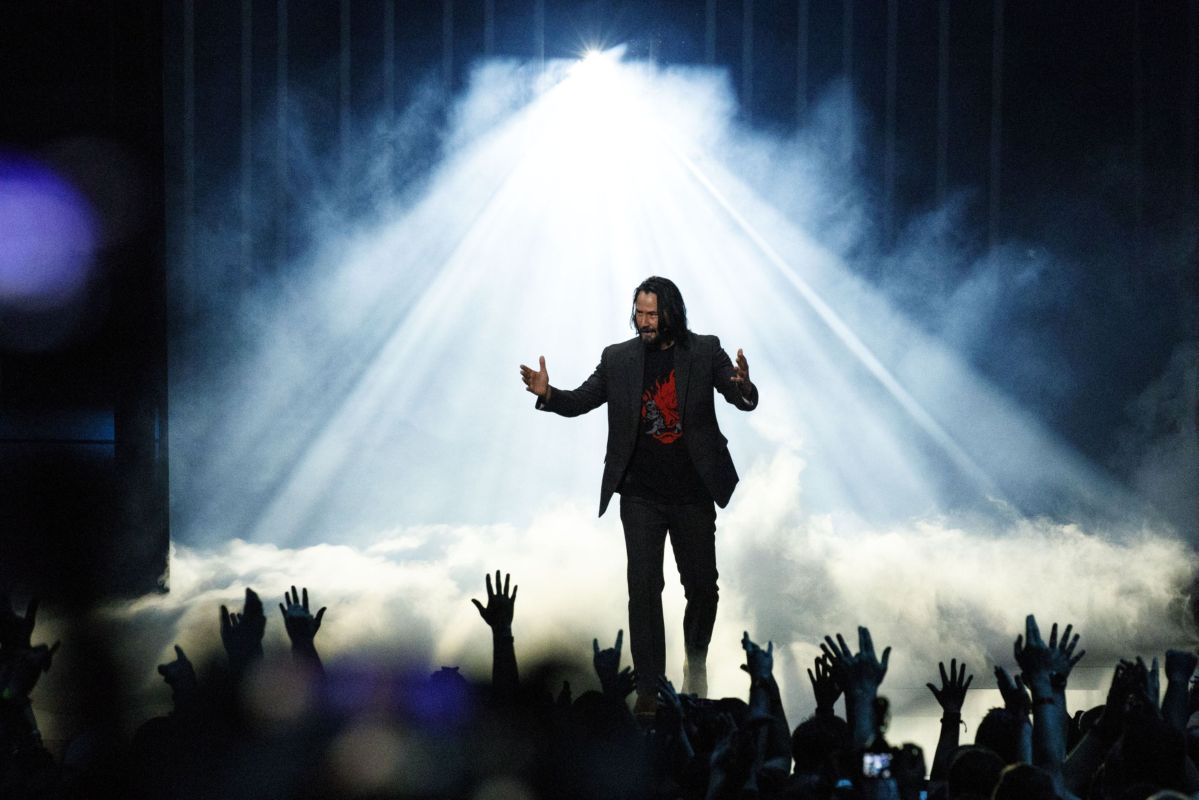 Early reviews were generally good, but once players got the game in their hands, they realised it had problems on PCs and was almost unplayable on consoles. It performed so poorly that Sony removed the game from the PlayStation Store and offered refunds, an unprecedented move, while Microsoft slapped on a label warning customers that they “may experience performance issues on Xbox One until the game is updated.” CD Projekt is facing an investor lawsuit on claims they were misled.

In his message, Iwiński concedes that the company “underestimated the task.” He said that because the game’s city was “so packed and the disk bandwidth of old-gen consoles is what it is, it constantly challenged us.” While the company extensively tested before the game’s release, Iwiński said it didn’t show many of the issues players experienced. Developers who worked on the game argued otherwise, saying that many common problems were discovered. The staff just didn’t have time to fix them.

Cyberpunk 2077 was an ambitious project by any standard. CD Projekt’s previous success, The Witcher, was set in a medieval fantasy world full of swords and spells. But everything in Cyberpunk was a departure from that framework. Cyberpunk was sci-fi rather than fantasy. Instead of a third-person camera in which the player’s character appeared on screen, Cyberpunk used a first-person view. Making Cyberpunk would require CD Projekt to invest in new technology, new staff and new techniques they hadn’t explored before.

Another indication of how CD Projekt stretched things too far was that it tried to develop the engine technology behind Cyberpunk 2077, most of which was brand new, simultaneously with the game, which slowed down production. One member of the team compared the process to trying to drive a train while the tracks are being laid in front of you at the same time. It might have gone more smoothly if the track-layers had a few months head start.

Adrian Jakubiak, a former audio programmer for CD Projekt, said one of his colleagues asked during a meeting how the company thought it would be able to pull off a technically more challenging project in the same timeframe as The Witcher. “Someone answered: ‘We’ll figure it out along the way,’” he said.

For years, CD Projekt had thrived on that mentality. But this time, the company wasn’t able to pull it off. “I knew it wasn’t going to go well,” said Jakubiak. “I just didn’t know how disastrous it would be.”

Part of the fans’ disappointment is proportional to the amount of time they spent waiting for the game. Although Cyberpunk was announced in 2012, the company was then still mainly focused on its last title and full development didn’t start until late 2016, employees said. That was when CD Projekt essentially hit the reset button, according to people familiar with the project.

Studio head Adam Badowski took over as director, demanding overhauls to Cyberpunk’s gameplay and story. For the next year, everything was changing, including fundamental elements like the game-play perspective. Top staff who had worked on The Witcher 3 had strong opinions on how Cyberpunk should be made, which clashed with Badowski and lead to the eventual departure of several top developers.

Much of CD Projekt’s focus, according to several people who worked on Cyberpunk 2077, was on impressing the outside world. A slice of gameplay was showcased at E3, the industry’s main trade event, in 2018. It showed the main character embarking on a mission, giving players a grand tour of the seedy, crime-ridden Night City.

Fans and journalists were wowed by Cyberpunk 2077’s ambition and scale. What they didn’t know was that the demo was almost entirely fake. CD Projekt hadn’t yet finalised and coded the underlying gameplay systems, which is why so many features, such as car ambushes, were missing from the final product. Developers said they felt like the demo was a waste of months that should have gone toward making the game.

Employees were working long hours, even though Iwiński told staff that overtime wouldn’t be mandatory on Cyberpunk 2077. More than a dozen workers said they felt pressured to put in extra hours by their managers or coworkers anyway.

“There were times when I would crunch up to 13 hours a day — a little bit over that was my record probably — and I would do five days a week working like that,” said Jakubiak, the former audio programmer, adding that he quit the company after getting married. “I have some friends who lost their families because of these sort of shenanigans.”

The overtime didn’t make development of the game any faster. At E3 in June 2019, CD Projekt announced that the game would come out on April 16, 2020. Fans were elated, but internally, some members of the team could only scratch their heads, wondering how they could possibly finish the game by then. One person said they thought the date was a joke. Based on the team’s progress, they expected the game to be ready in 2022. Developers created memes about the game getting delayed, making bets on when it would happen.

Canceling features and scaling down the size of Cyberpunk’s metropolis helped, but the team’s growth hampered some departments, developers said.

While The Witcher 3 was created by roughly 240 in-house staff, according to the company, Cyberpunk’s credits show that the game had well over 500 internal developers. But because CD Projekt wasn’t accustomed to such a size, people who worked on the game said their teams often felt siloed and unorganized.

At the same time, CD Projekt remained understaffed. Games like Grand Theft Auto V and Red Dead Redemption II, often held up as examples of the quality the company wanted to uphold, were made by dozens of offices and thousands of people.

There were also cultural barriers brought about by hiring expats from the US and Western Europe. The studio mandated everyone speak English during meetings with non-Polish speakers, but not everyone followed the rules.

Even as the timeline looked increasingly unrealistic, management said delaying wasn’t an option. Their goal was to release Cyberpunk 2077 before new consoles from Microsoft and Sony, expected in the fall of 2020, were even announced. That way, the company could launch the game on existing PlayStation 4, Xbox One, and PC, then “double dip” by releasing versions down the road for the next generation consoles. People who bought the old console versions would receive free upgrades when the new ones were available. Some engineers realised that Cyberpunk was too complex of a game to run well on the seven-year-old consoles, with its city full of bustling crowds and hulking buildings. They said management dismissed their concerns, however, citing their success in pulling off The Witcher 3.

But by the end of 2019, management finally acknowledged that Cyberpunk needed to be delayed. Last January, the company pushed the game’s release to September. In March, as the pandemic began ravaging the globe and forcing people to stay inside, CD Projekt staff had to complete the game from their homes. Without access to the office’s console development kits, most developers would play builds of the game on their home computers, so it wasn’t clear to everyone how Cyberpunk might run on PS4 and Xbox One. External tests, however, showed clear performance issues.

Iwiński also said that communication issues resulting from teams working at home amid COVID-19 restrictions meant “a lot of the dynamics we normally take for granted” got lost over video calls or emails. The game’s debut slipped again, to November.

As the launch date drew closer, everyone at the studio knew the game was in rough shape and needed more time, according to several people familiar with the development. Chunks of dialogue were missing. Some actions didn’t work properly. When management announced in October that the game had “gone gold” — that it was ready to be pressed to discs — there were still major bugs being discovered. The game was delayed another three weeks as exhausted programmers scrambled to fix as much as they could.

When Cyberpunk 2077 finally launched on December 10, the backlash was swift and furious. Players shared videos of screens overrun with tiny trees or characters gallivanting around without pants, and compiled lists of features that had been promised but were not in the final product.

Many of the glitches and graphical issues can be fixed, developers say, though it’s not clear what it will take to regain a spot in the PlayStation store. Winning back fans may be difficult, but there’s precedent in the video game world. Games like No Man’s Sky, a space simulator; Final Fantasy XIV, an online roleplaying game; and Destiny, a multiplayer shooter, recovered from rocky launches and earned critical acclaim by gradually improving after they released. And the market seems to be hopeful. CD Projekt shares rose 6 percent, the most in six weeks, after Iwiński’s message.

Does WhatsApp’s new privacy policy spell the end for your privacy? We discussed this on Orbital, our weekly technology podcast, which you can subscribe to via Apple Podcasts, Google Podcasts, or RSS, download the episode, or just hit the play button below.