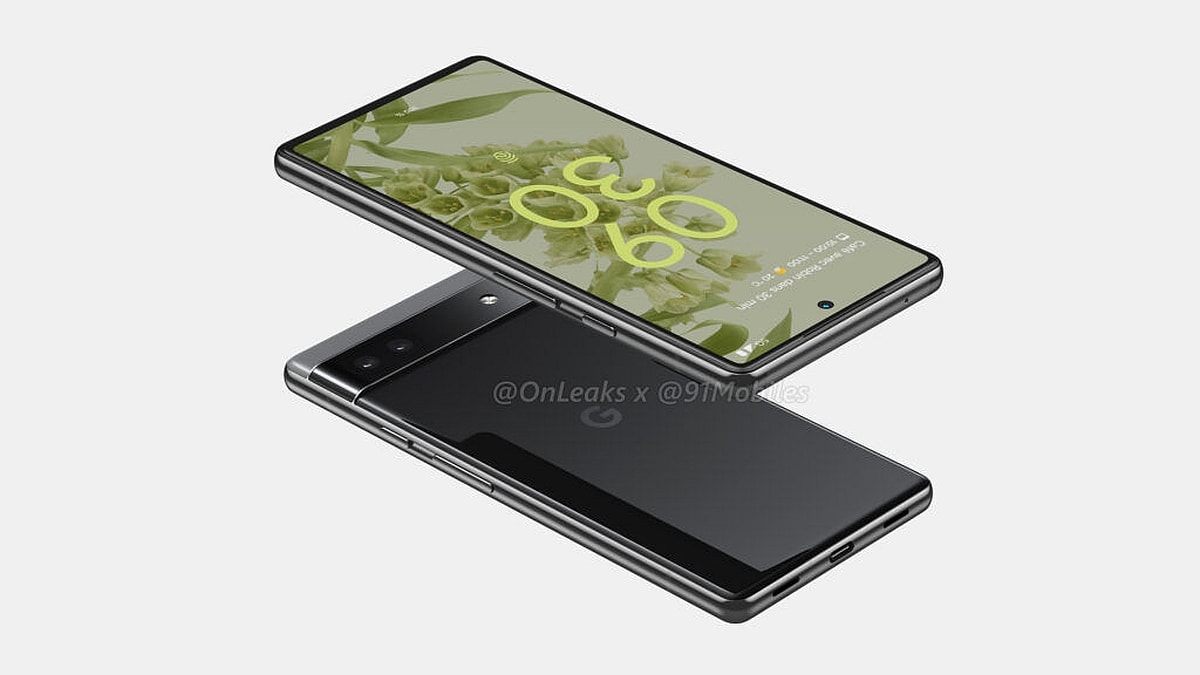 Google Pixel 6a specifications have been leaked in detail. The latest set of information suggests that there are a few differences between the specifications leaked in the past, and the ones shared by a tipster. The rumoured Google Pixel 6a is the watered-down version of the Google Pixel 6 series of smartphones, and borrows a lot of features from them. It is tipped to come with a 6.2-inch OLED display, Google Tensor SoC, and a dual rear camera setup. The phone is also tipped to launch in Q2 2022.

As per the specifications tweeted by tipster Sam, the rumoured Google Pixel 6a will sport a 6.2-inch full-HD+ 90Hz OLED display. This is in line with a report in November which also claimed that the phone will come with a 6.2-inch display. The Google handset is said to be powered by Google’s Tensor GS101 SoC, which could be paired with 6GB LPDDR4X RAM. A Geekbench listing also suggested the same chipset and RAM, however, other reports indicate an 8GB RAM variant.

Since, the tipster hasn’t mentioned an 8GB RAM variant, it could be possible that Google may not launch a Pixel 6a variant with a larger RAM size. We have to take this information with a grain of salt as there is no confirmation on this front yet. When it comes to the inbuilt storage, the phone is suggested to come in a single 128GB variant.

Coming to camera specifications, the Google Pixel 6a is tipped to get a dual rear camera setup with a 12.2-megapixel Sony IMX363 primary sensor, and a 12-megapixel Sony sensor paired with an ultra-wide lens. This is in line with a recent development, in which it was reported that despite being supported by the same SoC as Pixel 6 and Pixel 6 Pro, the new Google Pixel 6a camera may share common grounds with Pixel 5a for the camera set-up. On the front, the phone is tipped to get an 8-megapixel Sony IMX355 sensor for the selfie camera.

The Google Pixel 6a will pack a 4,500mAh battery with support for 25W charging, the tipster said in his tweet. However, other reports claim the phone will come with a 4,800mAh battery with 30W fast charging. The Google phone is expected to run Android 12, and it is said to be 8.7mm thick. Reports have suggested that Google will launch the Pixel 6a at the Google I/O event.