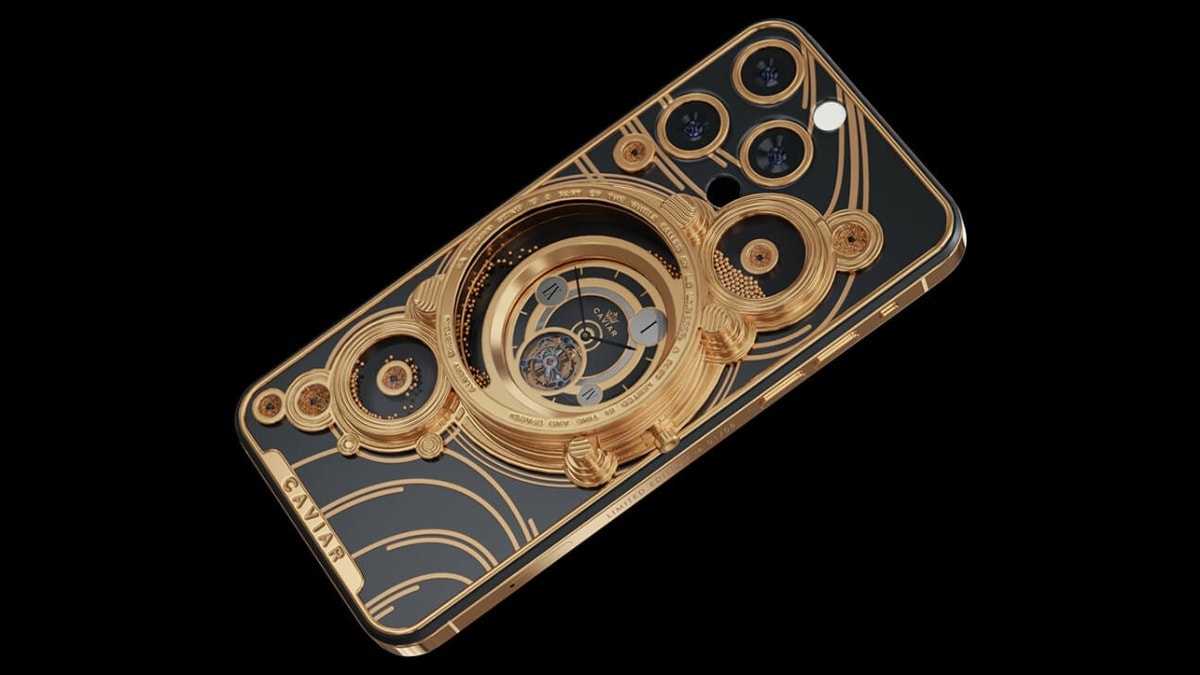 Caviar, known for creating customised, luxury versions of smartphones, has unveiled the first look of its new lineup for iPhone. The company plans to put meteorite fragments, precious metals and stones on the back of the purported iPhone 13 and iPhone 13 Pro Max smartphones so that they look futuristic. The luxury brand has named the lineup “Parade of the Planets.” The prototypes are covered with blackened titanium, the corrosion-resistant material mostly used in the space industry. There is also a golden version that will feature decorative elements with double gold plating.

Caviar, the Russian brand of exclusive smartphones and accessories, also released a video showing the two upcoming iPhone models and their customised features. The back cover of these iPhone handsets live up to the theme title, representing the six planets from Mercury to Saturn and some satellites like the Moon and Mars’ Phobos and Deimos.

Both the black and golden versions have six meteorites embedded on their back. These include one from the Moon, one from Mars, and two from the Tsarev and the Chelyabinsk meteorite. The last two are named after the Russian cities they were found at different points of time. Both will also have mechanical watches with a tourbillon movement with 19 stones. In addition to that, there’s also a stylised hourglass with silvery “sand,” according to a report by GSMArena.

There are two more designs based on cosmic themes — Starfall and Moon and Sun.