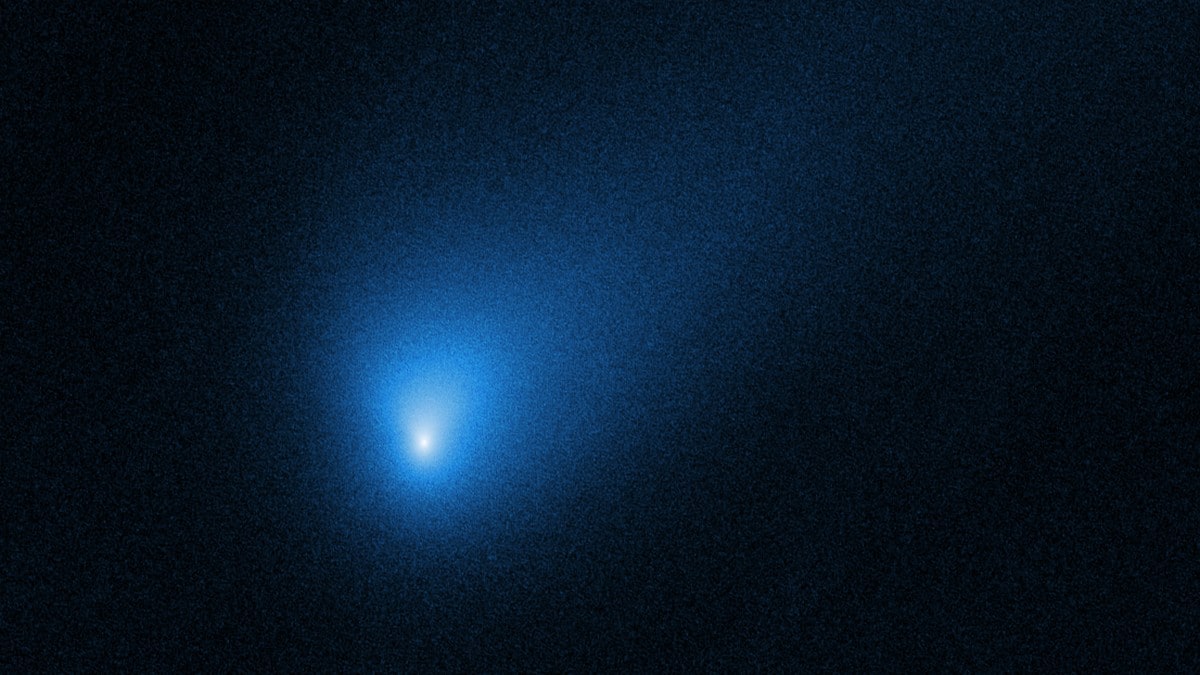 NASA’s Hubble telescope has captured the interstellar visitor Comet Borisov to our solar system and shared its movement as a runaway point of light in a time-lapse video. The agency said that it “was a rocky visit”. Discovered by amateur astronomer Gennady Borisov in 2019, it is the first confirmed comet to enter our solar system from outside our Sun’s influence. Comet Borisov is the only second interstellar object to ever enter our solar system: the first such visitor was an object officially named “Oumuamua”. It came within 24 million miles of the Sun before moving out.

However, the more interesting thing about these interstellar visits is that both these objects are very different from each other, throwing a puzzle at scientists to solve. While both appear to be rocky, Borisov is really active, more like a normal comet. It is also relatively small, about the length of nine football fields (0.98 km). Specifically, NASA said, Borisov has a higher concentration of carbon monoxide, suggesting it may have originated around the most common type of star in the Milky Way: a red dwarf.

Comets within the solar system are snowballs of ice, dust and frozen gas, and they orbit the Sun. In their frozen state, they are the size of a small town. When they come closer to the Sun while orbiting it, they heat up and release dust and gases into a giant tail that can extend for millions of kilometres.

Hubble photographed the comet at a distance of 260 million miles (about 41.84 crore km) from Earth. Borisov made its closest approach to the Sun in December 2019, around the time it was first noticed, at twice the distance between Earth and Sun, NASA said previously.

Comets hold a great deal of information about a planetary system’s ancient past. So, astronomers are always on the lookout for these objects and gain insights. NASA says comets from our solar neighbourhood reveal the history of materials, including water, that made Earth the planet we know today, as well as our other planetary neighbours.

“On the other hand, an interstellar comet like Borisov is a chemical ambassador from an entirely different star system—containing a treasure trove of clues to worlds too far to reach with modern technology,” the agency added.