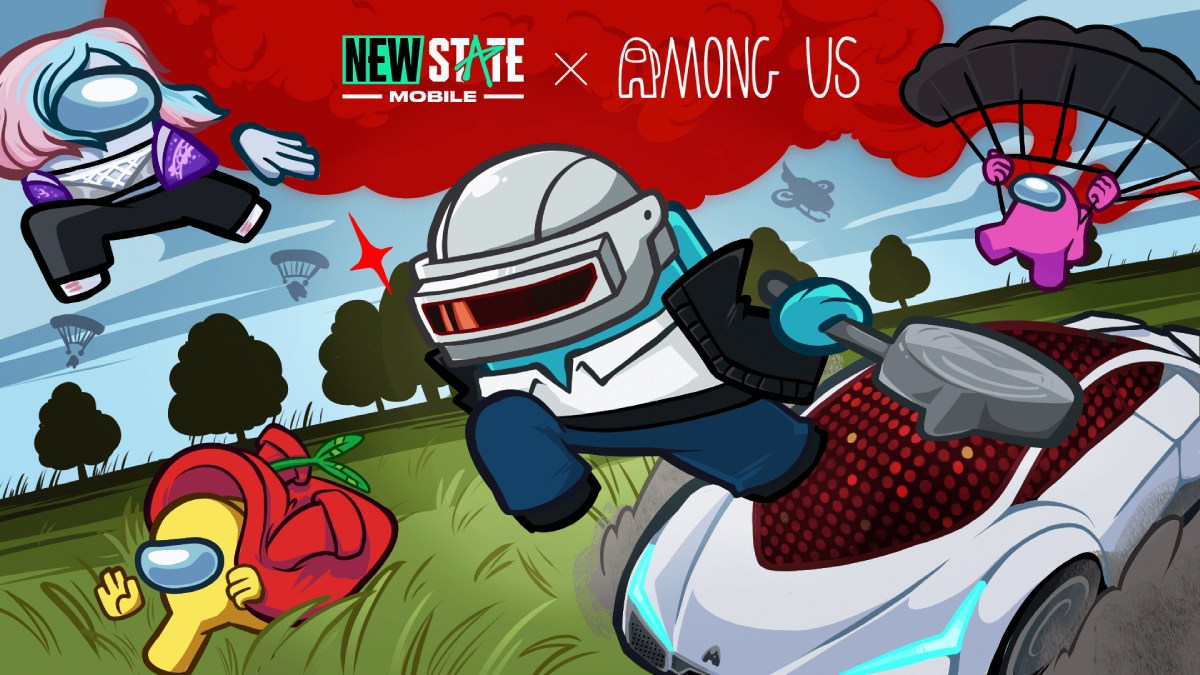 New State Mobile (formerly known as PUBG New State) has announced a collaboration with Redmond-based gaming firm Innersloth, to bring new content themed around the popular Among Us game to the battle royale title for smartphones. New State Mobile publisher Krafton says it will add a new mini game themed around Among Us, special cosmetic items, in-game props, and a special Among Us-themed event with rewards that can be earned by completing missions in the game. The Among Us-themed content will be available from April 21 to May 19, according to Krafton.

As part of an upcoming update to New State Mobile (Review), Krafton will add a mini game themed around Among Us. As part of the mini game which can be played after entering Troi’s starting island, squad members must identify one member randomly assigned as the Impostor, who can eliminate others with weapons. Krafton says players can participate in a “quick game” of Among Us before starting a match.

As part of the collaboration with Innersloth, Krafton is also bringing Among Us-themed cosmetic items to New State Mobile, including mask, coat, innerwear, backpack, weapons, and vehicles. These can be acquired via special themed crates that can be purchased using in-game currency. The publisher will also add Among Us-themed Crewmate-themed props across Troi’s starting island, as well as the Anchorville and Chester points of interest.

Starting from April 21, gamers will also be able to participate in a special in-game event with multiple missions — completing them will grant gamers Among Us-themed content which can be added to their profiles, including a profile frame, title, icon, and more. These missions are likely to be available until the final date provided by Krafton — May 19.

New State Mobile isn’t the first title to partner with the creators of Among Us. Last month, the game added content in collaboration with Ratchet and Clank and Halo. Last year, Among Us announced special content for the game, as part of a collaboration with Riot Games to celebrate the release of its first animated series, Arcane.