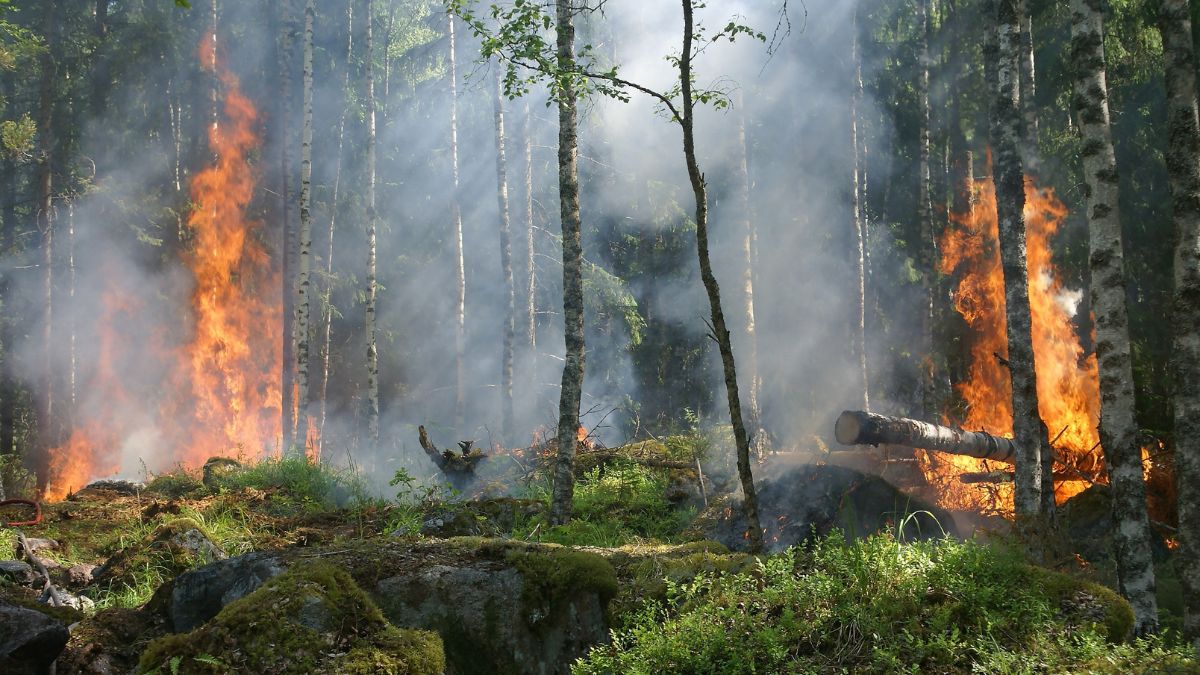 While wildfires have posed a threat to animals and local residents in recent years, they have been a part of Earth’s processes for millions of years without human intervention. Now, scientists have discovered the world’s oldest wildfires thanks to 430-million-year-old charcoal deposits found in Wales and Poland. They reveal a lot about what life was like on Earth during the Silurian period. Plant life would have relied substantially on water to reproduce back then, and would have been unlikely to appear in areas that were dry. The wildfires would have burnt through fairly short vegetation, with the occasional knee- or waist-high plant thrown in for good measure.

According to the researchers, the ancient fungus Prototaxites would have dominated the environment rather than trees. Though the fungus’s exact size is unknown, it is said to have grown to a height of almost 30 feet.

Wildfires require fuel (plants), an ignition source (here, lightning strikes), and enough oxygen to burn to survive. According to the researchers, the ability of the fires to spread and leave charcoal deposits indicates that Earth’s atmospheric oxygen levels were at least 16 percent. That level is now at 21%, but it has fluctuated drastically throughout Earth’s history.

According to the findings, atmospheric oxygen levels 430 million years ago may have been as high as 21 percent or perhaps higher.

The findings were reported in the journal Geology.

All of this knowledge is important to paleontologists. Increased plant life and photosynthesis, according to the theory, would have contributed more to the oxygen cycle around the time of the wildfires, and understanding the specifics of that oxygen cycle across time offers scientists a clearer sense of how life would have evolved.

The Silurian terrain required to have enough vegetation over it to propagate wildfires and leave a record of that blaze said Colby College paleontologist Robert Gastaldo. “At points in time that we’re sampling windows of, there was enough biomass around to be able to provide us with a record of wildfire that we can identify and use to pinpoint the vegetation and process in time,” added Gastaldo.

The two sites chosen by the researchers for their analyses would have been on the ancient continents of Avalonia and Baltica at the time of the wildfires. This discovery not only helps to break the previous record for the oldest wildfire on record by 10 million years, but it also emphasises the importance of wildfire study in chronicling Earth’s history.