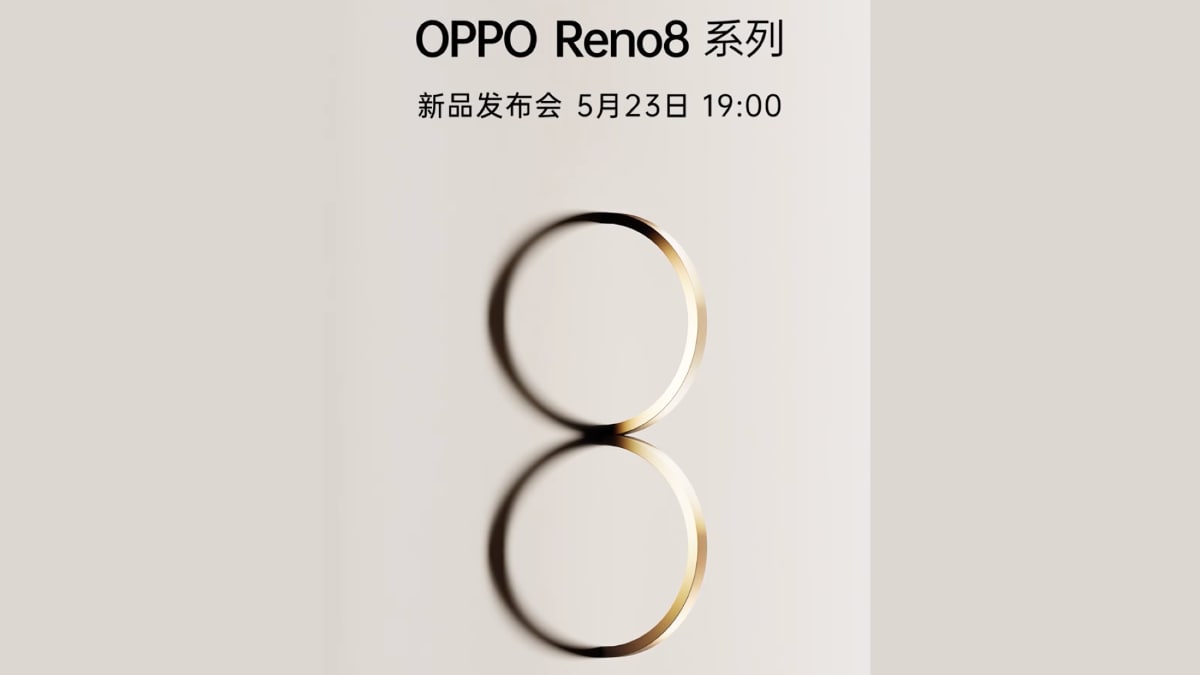 Tipster Mukul Sharma shared an image on Twitter which he claims to be of Oppo’s Indian website. The image shows mention of the rumoured Oppo Reno 8, and the Oppo Reno 8 Pro smartphones, which belong to the Oppo Reno 8 series. This suggests that the phones could launch in India soon. It is to be noted that Oppo has already confirmed it is launching the series in China on May 23. However, there is no official word on the series’ India debut.

The Oppo Reno 8 is expected to feature a 6.62-inch full-HD+ E4 OLED display with a 120Hz refresh rate. It may be powered by the Qualcomm Snapdragon 7 Gen 1 SoC that is reported to launch on May 20. It could get an in-display fingerprint sensor, and a 4,500mAh battery with 80W fast charging support.

A report suggests that the Oppo Reno 8 SE feature a 6.43-inch full-HD+ display, and will get a MediaTek Dimensity 1300 SoC. It is tipped to come with a triple rear camera setup that could include a 50-megapixel primary sensor. The phone is rumoured to pack a 4,500mAh battery with 80W fast charging support.

The Oppo Reno 8 Lite is reported to sport a 6.43-inch full-HD+ AMOLED display, and a Qualcomm Snapdragon 695 SoC under the hood. It may have a 64-megapixel triple rear camera setup, and a 4,500mAh battery with 33W fast charging support.