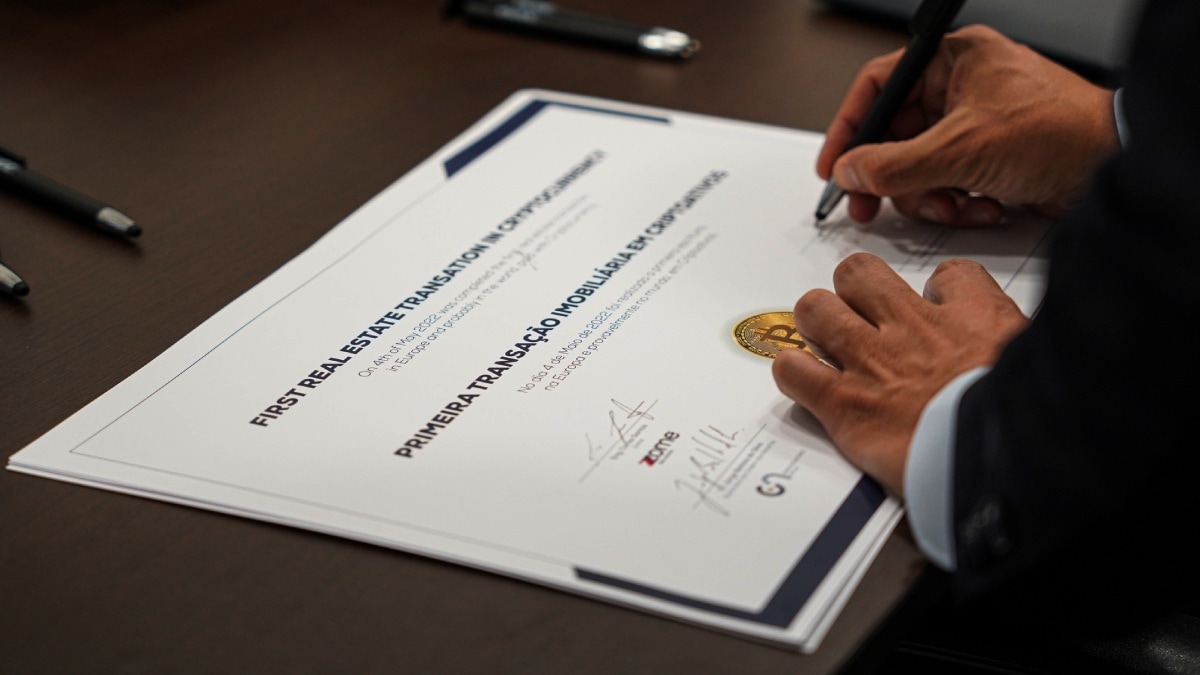 A two-bedroom house in the Braga district of Portugal has sold for three Bitcoin, without conversion to Euros. The buyer purchased the property by paying directly in BTC. At the time of writing, one BTC is priced at roughly Rs. 26.85 lakh. This deal marks Portugal’s first real estate sale, solely financed in a cryptocurrency. The development comes after the southern European nation recently legalised real estate deals with virtual currencies. The final deed was transferred on May 5.

“The first Public Deed for the sale of a house with cryptocurrency in Europe was carried out today with the participation of Zome. This deed represents a historic milestone, the transfer of a digital asset to a physical asset — a house — without any conversion to euros,” Zome wrote in a Facebook post.

The Chairman of the Portuguese chamber of notaries was also kept in the loop, Bitcoin.com reported.

“We believe that a new world of possible business in the real estate sector is opening up today! Once again we are at the forefront of the Web3 world, and we have other projects in development that will be presented very soon,” Zome added, hinting at more crypto-based sales lined up in the coming months.

As per the Bank of Spain, Portugal’s share in the volume of crypto transactions in the eurozone exceeds the weight of its gross domestic product (GDP) in the single currency area’s economy, Bitcoin.com said in its report.

The European nation has been taking pro-crypto steps for a while now.

Back in April, Portugal’s Bison Bank has bagged the licences to operate as a virtual asset service provider (VASP) in the southern European country.

Portugal identifies cryptocurrency as a currency, rather than an asset. Hence, there are no capital gains or personal income taxes on cryptocurrency unless it is somebody’s only mode of income.

The country is also reportedly planning to ramp up blockchain development as part of its digital future roadmap.

As per research firm Triple-A, over 240 thousand people, 2.37 percent of Portugal’s total population, owned cryptocurrency in 2021.