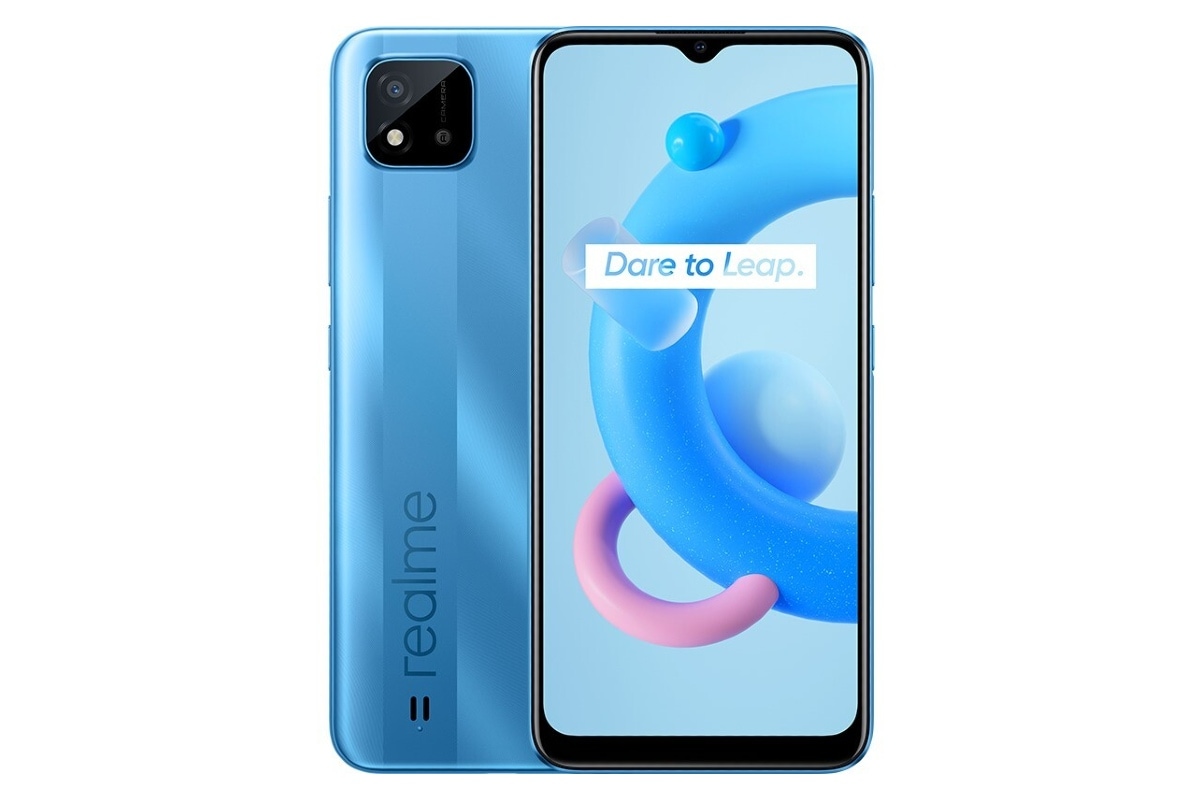 Realme C20 price and specifications have been tipped by a Vietnamese online retailer. The listing also accompanies marketing images showing the unannounced Realme phone. The images suggest that the Realme C20 would feature a waterdrop-style display and come with a single rear camera in a square-shaped housing. The Realme C20 is listed to have an octa-core MediaTek Helio G35 SoC. The Realme C20 is yet to be announced by the company.

Vietnamese retailer FPT Shop has leaked the price and specifications of the Realme C20, as first reported by Android-focussed blog Playfuldroid. The moniker of the phone last month appeared on Thailand’s National Broadcasting and Telecommunications Commission (NBTC) certification website.

In terms of specifications, the FPT Shop site has listed the Realme C20 with Android 10 and a 6.5-inch HD+ (720×1,600 pixels) IPS display with a 20:9 aspect ratio. The phone has a MediaTek Helio G35 SoC, paired with a IMG PowerVR GE8320 GPU and 2GB of RAM. For photos and videos, the Realme C20 is listed to have a single 8-megapixel camera sensor at the back with an f/2.0 lens on top and an LED flash alongside. There is also a 5-megapixel selfie camera sensor at the front.

The Realme C20 listing suggests a 5,000mAh battery, as well as 32GB of onboard storage expandable with a microSD card (up to 256GB). The phone also includes a Micro-USB port and a 3.5mm headphone jack, as per the listing.

The company is yet to share details about the Realme C20. But its online listing suggests that it could be officially announced soon.

Realme already has a few models in its affordable C-series. These include Realme C3, Realme C11, Realme C12, and Realme C15. The company also launched a 4GB RAM variant of the Realme C12 in India earlier today.

What will be the most exciting tech launch of 2021? We discussed this on Orbital, our weekly technology podcast, which you can subscribe to via Apple Podcasts, Google Podcasts, or RSS, download the episode, or just hit the play button below.