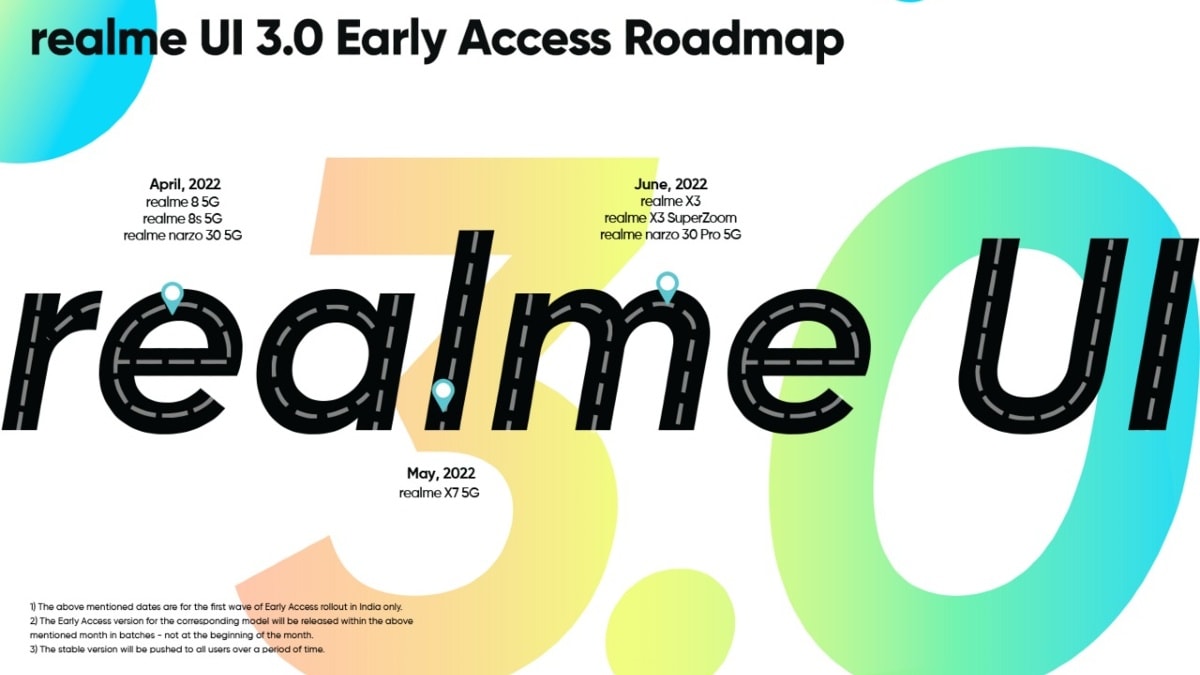 Realme 8 5G, Realme 8s 5G, and Realme Narzo 30 5G smartphone users in India will get Realme UI 3.0 early access in April, the Chinese company has announced in a roadmap for the early access of the update for the second quarter of 2022 (Q2 2022). The latest update from Realme is based on Android 12, it brings along multiple customisation options, and is aimed at young users. A total of seven Realme smartphones will get early access to the update in this quarter.

Furthermore, Realme says that the early access versions for the models will be released during the corresponding month mentioned, and not at the beginning of the month. It further clarifies that the stable versions of the UI for these smartphones will be pushed to all users “over a period of time.”

Meanwhile, the company has announced that it has released the first OTA update for the Realme GT 2 Pro. The update has a firmware number RMX3301_11.A.13, and brings along the March security patch. It also brings improvements in animations, network stability, and success rate of the fingerprint sensor. The update also fixes issues related to wallpapers, unexpected rebooting, and the Always-On Display feature gets a refresh rate as low as 1Hz.