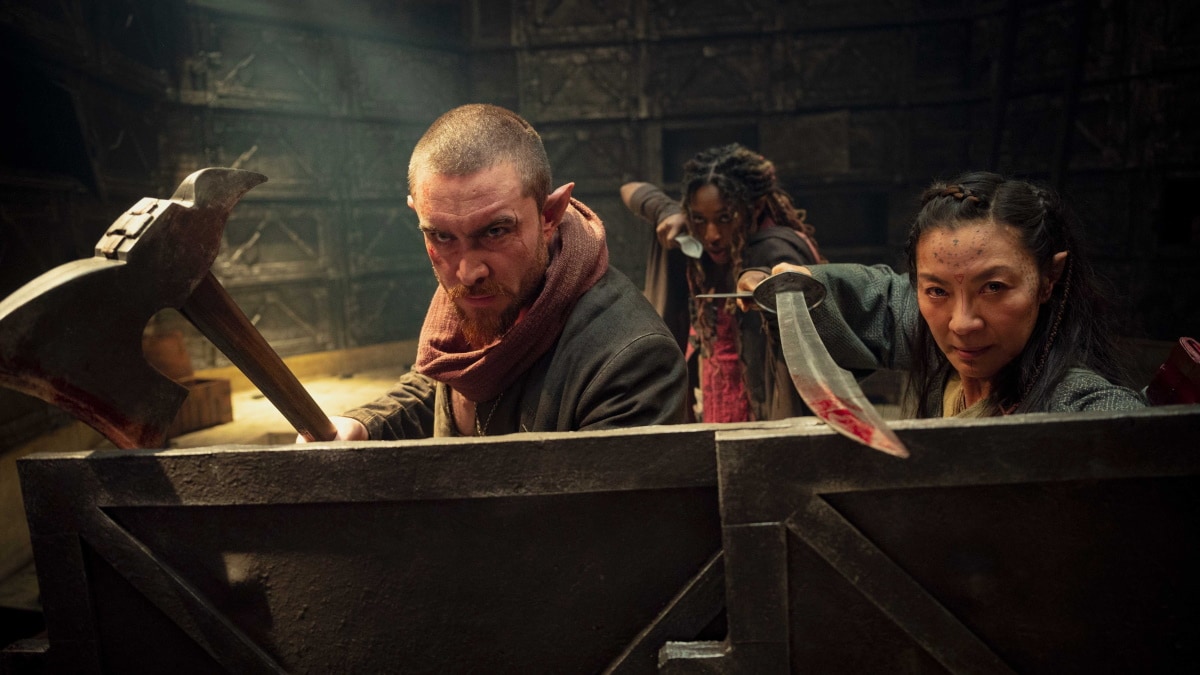 The Witcher: Blood Origin just got a release date. At its online-only event Tudum 2022, Netflix revealed that the much-anticipated The Witcher prequel series will drop on December 25. The news comes about a year since Netflix released a post-credits teaser for the show, after the final episode of The Witcher season 2. The studio also revealed a poster, featuring the armaments of lead warriors Haji and Fjall, played by Sophia Brown and Laurence O’Fuarain, respectively. Michelle Yeoh (Everything Everywhere All at Once) also leads the cast as Scian, a sword-elf.

Set in an elven world, 1,200 years before the world of The Witcher, Blood Origin follows seven outcasts, who unite in a blood quest against an unstoppable power. The six-episode series explores important lore events, such as The Conjunction of the Spheres, which merged the realms of humans, monsters, and elves into one. While Geralt of Rivia and Vesemir are the most notorious and beloved monster hunters, The Witcher: Blood Origin offers a glimpse at the very first prototype witcher — they are genetic mutations, for those who aren’t aware.

That said, both events are set centuries apart from each other, raising the question as to how Netflix intends to cover them, without creating a mess. As per an interactive map from the studio, the first witcher was created by mages 967 years post the Conjunction event. This amounts to a 233-year difference between the two plotlines — a mammoth task — which makes the 10-year time jump in HBO’s House of the Dragon look like a child’s play.