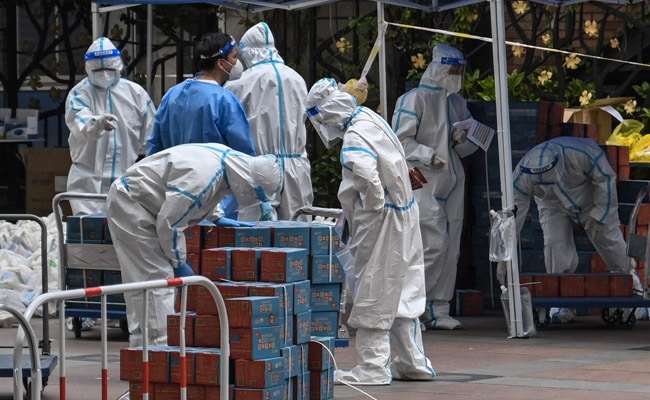 Biden said: “There’s still so much left to do. This pandemic isn’t over.”

US President Joe Biden warned nations attending Thursday’s virtual global summit on Covid that there was “still so much left to do” to quell the pandemic, as more than $3 billion in new funding was pledged.

The veteran Democrat may however be at pains to spearhead ambitious plans to vaccinate the world and stop the spread of the coronavirus, as Congress has so far refused to authorize billions of dollars in funding.

The United States crossed a grim milestone as the summit began, with the White House announcing that more than one million Americans have now died due to Covid, the pandemic’s highest recorded casualties in the world.

In his remarks to the summit, Biden said that while progress had been made on global vaccinations and delivering medical equipment to countries in need, “there’s still so much left to do. This pandemic isn’t over.”

“We all must do more. We must honor those we have lost by doing everything we can to prevent as many deaths as possible,” the US leader said.

The White House announced that the summit had “garnered new financial commitments totaling more than $3 billion in new funding… above and beyond pledges made to date in 2022.”

More than $2 billion of that total will go towards “immediate” Covid response, while $962 million has been committed to a World Bank fund for pandemic preparedness and global health security.

The United States pledged another $200 million to that fund, raising its contribution to $450 million.

“We want to prevent complacency. The pandemic is not over,” a senior US official said of Thursday’s meeting, which follows a first global huddle last September.

So far, the worldwide Covid casualties stands at more than six million people.

The virtual gathering was co-chaired by the United States, along with current G7 president Germany, G20 president Indonesia, African Union chair Senegal, and Belize, the current chair of the CARICOM Caribbean grouping.

Unlike last September, when Biden challenged partners to surge vaccines worldwide and get 70 percent of every country vaccinated by September of this year, the US government came to Thursday’s session hobbled by an inability to secure even its own funding.

Biden has requested another $22.5 billion in emergency Covid money, including $5 billion for the administration’s signature international program, which has seen some 500 million vaccine doses shipped to more than 100 countries.

After debate, preliminary agreement was reached in the legislature on spending just $10 billion, with nothing for the foreign vaccines.

“You will hear a loud call” to Congress, the US official said. “We know the virus is not waiting for Congress. So we need urgent, urgent action.”

Opponents in Congress have been especially concerned about funding foreign vaccinations, but the senior official argued that when a new virus variant strikes, it is likely to start abroad before hitting the United States.

“Without additional emergency Covid-19 funding, the United States will be unable to purchase additional life-saving treatments for the American people,” the official said.