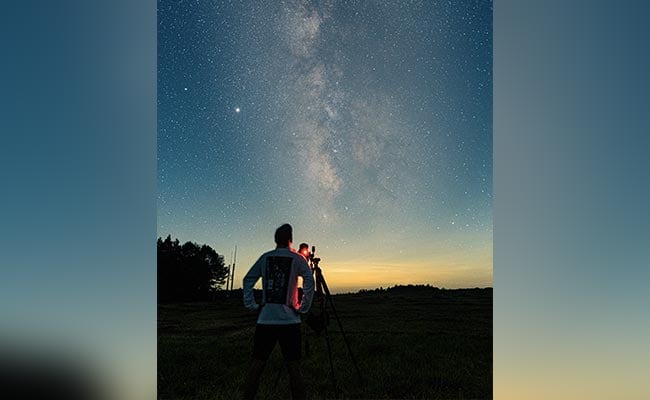 The planets can be seen without a telescope.

Stargazers are in for a treat this week as four planets – Venus, Mars, Jupiter and Saturn – will align in a dazzling sky parade this week. The Moon will join the four planets in the last week of April, according to Live Science.

The celestial delight started to form from April17 and will be most visible on April 20. Experts said the best viewing window is between 5am and 6am in the coming days.

Live Science further reported that Mercury will join this planetary parade in the month of June.

Here are some skywatching tips from NASA:

Where will the aligned planets be visible?

This gathering will be most visible in the northern hemisphere for about an hour before sunrise. In the southern hemisphere, the planets will be visible at the same time of the month but further east and at a steeper angle.

Further, Live Science report said that the Moon will move along with the four planets from April 23 to 29, but the others will remain in the cosmic line till early July.

It quoted Michelle Nichols, the director of public observing at Chicago’s Adler Planetarium, as saying in the report that the planets will appear to march from the east to the south.

How to identify the planets?

The planets in alignment can be identified by their distinct lack of twinkling. Stars twinkle, while planets shine.

Uranus and Neptune will also join the five-planet alignment (when Mercury joins in June) in the northern hemisphere.

How to watch the planetary alignment?

People who want to catch a glimpse of the alignment won’t need a telescope to view the planets. Experts say that if the skies are free of cloud, the row of planet will be clearly visible.

Jake Foster, an astronomy education officer at Royal Museums Greenwich, told Daily Mail that the alignment will be viewable through to early May.

“Venus will be noticeably the brightest of all four planets, shining a bright white light. Jupiter will be the second brightest, also shining white in colour. Saturn will be clearly fainter than the other three. Mars will have the most distinctive difference from the others because of its colouration, appearing as a bright orange point of light to the naked eye,” said Foster.

How does a planetary alignment occur?

According to Live Science, such alignments occur when the planets’ orbits bring them to the same region of the sky, when viewed from Earth.

These alignments do not occur regularly, but are not rare either.