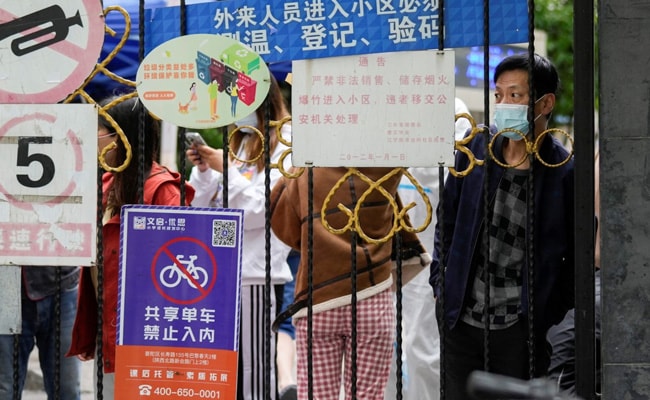 The lockdown has taken a heavy social and economic toll

China reported seven Covid-19 deaths in Shanghai on Wednesday, raising the count in the city to 17 fatalities as authorities struggled to rein in infections despite a gruelling, weeks-long lockdown.

The fast-spreading Omicron coronavirus variant has driven a huge spike in cases in the metropolis of 25 million people, and the government has imposed tight movement restrictions and multiple rounds of mass testing to combat the outbreak.

The lockdown has taken a heavy social and economic toll, with residents voicing their fury on social media over food shortages and lack of access to non-Covid medical care.

The seven newly reported deaths were cases with underlying conditions such as lung cancer and diabetes, city authorities said. Five of the patients were people over the age of 70.

The patients “became severely ill after admission to hospital, and died after ineffective rescue efforts, with the direct cause of death being underlying disease,” the Shanghai government said in a statement.

The city reported more than 18,000 new and mostly asymptomatic coronavirus cases on Wednesday.

More than 400,000 infections have been reported in Shanghai since March, and the city reported its first Covid deaths on Monday.

The official death count remains low compared with the reported cases, but some have cast doubt on these figures, pointing to the low vaccination rate in China’s vast elderly population.

By comparison, Hong Kong — which also has a high number of unvaccinated elderly — has recorded nearly 9,000 deaths out of 1.18 million known cases since Omicron surged there in January.

Beijing insists its zero-Covid policy of hard lockdowns, mass testing and lengthy quarantines has averted fatalities and the public health crises seen in many other parts of the world.

But the latest lockdowns have clogged supply chains, forcing businesses to halt production.

Authorities have called for a “white list” of key industries and companies to be drawn up so production can continue, with more than 600 firms identified for early work resumption in Shanghai.

US electric car giant Tesla “officially resumed production” on Tuesday, state media reported, after suspending work at its “gigafactory” in the city for more than 20 days.

The resumption will happen in a “closed-loop system”, however, with staff sleeping on site and being tested for Covid, Bloomberg News reported.