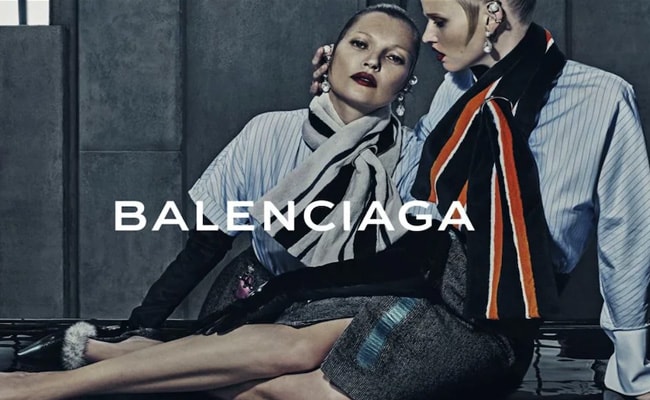 The luxury fashion brand Balenciaga has deleted its profile from Twitter after Elon Musk’s arrival stoked fears over the direction of the social media platform, according to Fortune. The business magazine reported that Balenciaga has not elaborated on why it chose to delete its account and leave behind the 1 million followers it had on the platform, but the move comes at a time when changes to Twitter’s verification policy have led to the proliferation of impostor accounts, endangering the reputation of public companies and notable people.

According to Bloomberg, Balenciaga, based in Paris, is the latest company to quit the troubled platform since Musk took it privately on October 27 and made major changes, including firing half its workforce and starting a paid verification service that led to the proliferation of imposter accounts. One pretended to be Eli Lilly and tweeted “insulin is free now,” which caused a steep decline in the drugmaker’s stock. Other companies have paused advertising on the platform, including General Motors, Volkswagen, Pfizer, and General Mills.

The American broadcast network ABC News reported that several other notable public figures, such as Gigi Hadid and Shonda Rhimes, have also left their Twitter accounts behind in the wake of Musk’s takeover. Some have expressed disapproval of Musk’s leadership, claiming his buyout was detrimental to the platform.

Meanwhile, Twitter Inc. owner Elon Musk, who has called himself a “free speech absolutist,” has resorted to firing company engineers who publicly criticize him on the social-media service.

In one instance, Musk announced the firing via Twitter.In another, the former employee said he was fired after he openly rebuked Musk.

Engineer Eric Frohnhoefer, who worked on Twitter’s app for the Android mobile operating system, on Sunday reposted one of Musk’s tweets with a comment, saying that Musk’s understanding of a technical part of Twitter’s app was “wrong.” Musk replied and asked Frohnhoefer to elaborate, before writing, “Twitter is super slow on Android. What have you done to fix that?”

After attempting to explain his thinking in a number of tweets, Frohnhoefer was asked by another user why he hadn’t shared his feedback with his new boss privately. The engineer, who has worked at Twitter for more than eight years, replied, “maybe he should ask questions privately. Maybe use Slack or email.”

On Monday morning, Musk wrote that Frohnhoefer had been fired. Frohnhoefer retweeted that post and included a saluting emoji that many employees used when they were laid off earlier this month. Twitter and Frohnhoefer didn’t immediately respond to requests for comment on his status.