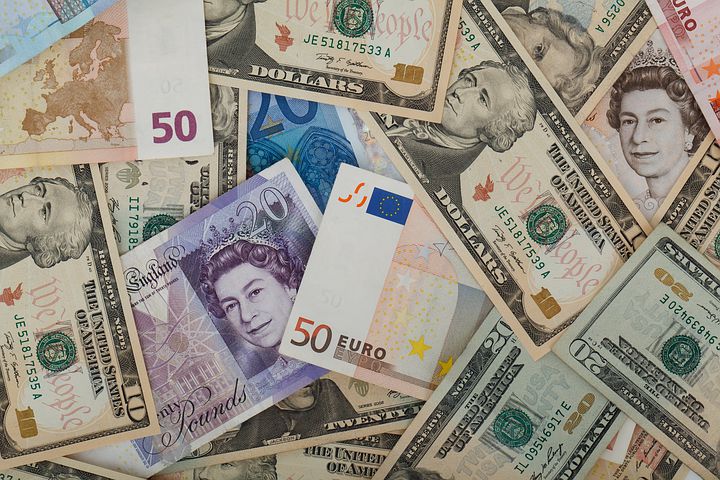 Forex reserves dip \by over $1 billion, down for the fourth consecutive week

India’s forex reserves fell by over $1 billion in the latest reported week, down for the fourth straight week on the rupee’s plunge to its all-time lows, during which it breached 80 per dollar for the first time ever.

But that falling trend may reverse if the latest week’s rupee moves and foreign fund inflows are anything to go by.

That marks the fall in India’s import cover for the fourth month in a row and marks the 20th week of declines since Russia invaded Ukraine, during which forex reserves have decreased by nearly $30 billion and over $70 billion from its peak of $642.45 in October.

The downtrend in the country’s forex war chest was because of an exodus of foreign capital as part of a global trend into dollar-denominated assets driven by spiralling global inflation and bigger-sized interest rate hikes from the US Federal Reserve.

Foreign portfolio and institutional investors have been net sellers of Indian assets for several months, pushing the rupee to its lifetime lows. During July, the currency hit over 80 per dollar for the first time ever, and the rupee is down over 7 per cent since the start of the year when it was changing hands at 74 against the greenback.

Trend May Be Turning

On Friday, the rupee saw its largest one-day increase almost a year, helped by a significant decline in the dollar’s value. The Indian rupee reached a session high against the dollar of 79.17, its highest level since July 7.

“The recent correction lower in commodity prices is providing some respite to the INR, albeit likely only temporarily,” Kunal Kundu, India economist at Societe Generale, wrote in a note published Thursday.

“Growing market conviction that a US recession is on the way and consequent safe-haven demand for the dollar is key near-term risks for the rupee. The RBI’s FX interventions should continue to limit rupee volatility,” he added.

On fresh capital inflows and a weak greenback in global markets, the rupee surged by 45 paise, achieving its largest one-day increase since October 20, 2021.

“The rupee registered the biggest single-day gain after October 20, as the dollar sagged and equities advanced. Domestic equities and the rupee got support from month-end re-balancing along with exporters’ dollar selling,” Dilip Parmar, Research Analyst at HDFC Securities, told PTI.

According to RBI Chief Shaktikanta Das, India’s central bank has zero tolerance for the rupee’s erratic fluctuations. It will keep interacting with the foreign exchange market to make sure the rupee settles at the proper level.

Amidst a steep decline in Treasury yields, the dollar’s value relative to the yen remained close to a six-week low. Nearly all Asian currencies increased against the US dollar.

Over the next week, further liquidation can be seen, but we expect the pair to find strong support near 78.80/90  spot levels. The range can be between 78.80 and 79.65 on the spot market, Mr Banerjee said.

Foreign fund flows will be a crucial factor determining the rupee’s fortunes in the coming months. Foreign investors have been net sellers of Indian stocks worth more than $30 billion so far in 2022.

Traders will focus on the Reserve Bank of India’s monetary policy review next week.

“With the Fed having stuck to a 75 bps hike and concerns of a global recession still looming, the RBI may announce a modest 25-35 bps increase in the repo rate next week,” a senior trader at a private bank said.

Barclays said they expect the RBI’s monetary policy committee to vote unanimously for a 35 bps rate hike next week.

“While inflation is likely to remain elevated in the near term, we think the MPC may acknowledge that price pressures have peaked and note the favourable tailwinds by reducing its inflation forecasts, albeit marginally,” they added.

For the sixth consecutive month in June, India’s retail inflation stayed persistently over the 7 per cent threshold and well above the central bank’s tolerance band. Still, recent months have shown a lowering inclination.